Have you ever seen the term rockabilly used in connection with some clothes, eg one swing dress, which you like? What is rockabilly, and how does it affect the vintage style clothing we have in Mondo Kaos, and which you may have at home in your vintage wardrobe, that's what we're looking at a bit in this blog post.

Do you also find it difficult to define and find head and tail in? Then it is quite simple because it is a style that embraces a wide range.

But first and foremost, Rockabilly is the name of the earliest rock and roll music.

It is a style of music that originated in the connection between country music and 'rhythm and blues' in the USA in the 40s and 50s. The word Rockabilly itself is a mixture of the two, namely 'Rock'n'Roll' and Hillbilly.

Hillbilly which is the word used for fans of classical country and western music.

If you're still a little on the bare bottom, then the pioneers are musicians like; Bill Haley, Johnny Cash, Buddy Holly and Elvis Presley.

Hear songs for you such as Rock Around the Clock, Be-Bob-A-Lula, Blue Sueds Shoes and Hello Mary Lou. 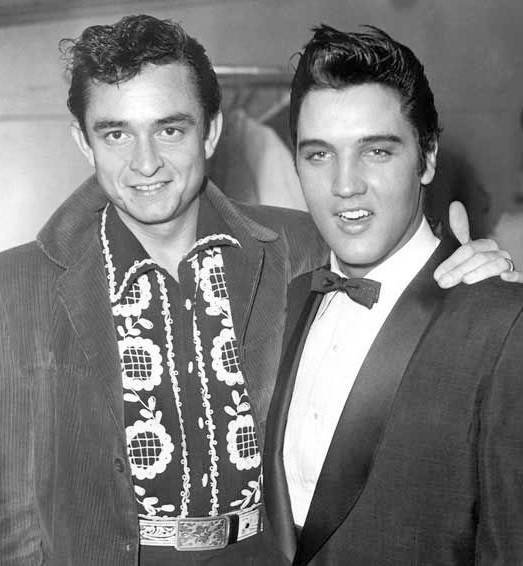 The music originated in a meeting between white working class musicians and African Americans, where they mixed the black music style with country music.

Throughout fashion history, clothing and music often go hand in hand, and Rockabilly is no exception! Inspired by music from the 50s, Rockabilly fashion got its own life as it used recognizable fashion elements from both music genres and combined them to form something new and exciting. For example, it is the typical 50s swingdresses og skirts which is the epitome of Rockabilly, but it does not have the neatness of the 50s. Often the combination is somewhat more raw. A leather jacket, a retro print T-shirt...

Rockabilly was also the term for the young and wild, in 50s Britain the English Teddy boys became associated with this style. The music was new and wild, one has to keep in mind that Elvis Presley was not allowed to appear on TV from the hips down. The look thus became an expression of this young and raw style.

Although the roots of Rockabilly fashion are well planted in the 50's, the influence it has had on music, film and fashion can be seen in every single decade since. Rockabilly, for example, became big again when the swing style and swing dance again emerged in the 70s and 80s. In particular, it was taken up with an element of the raw and rocked, later even punked, to create a distance to the neatness of the 50s. 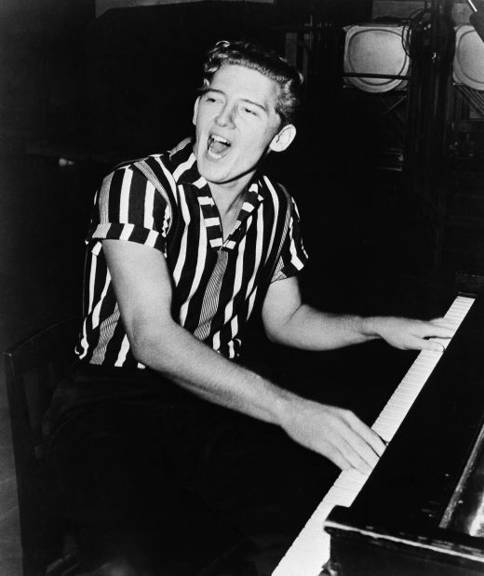 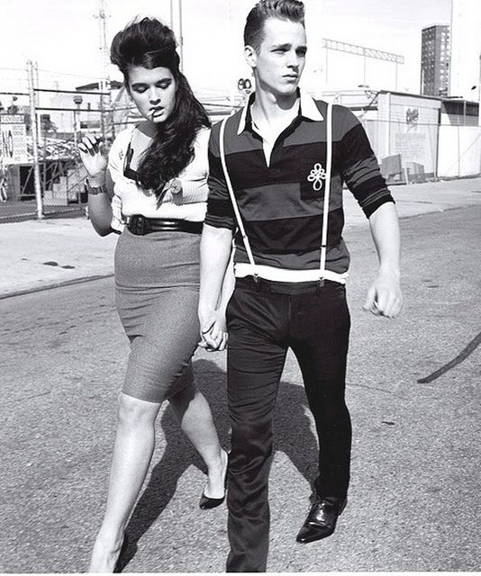 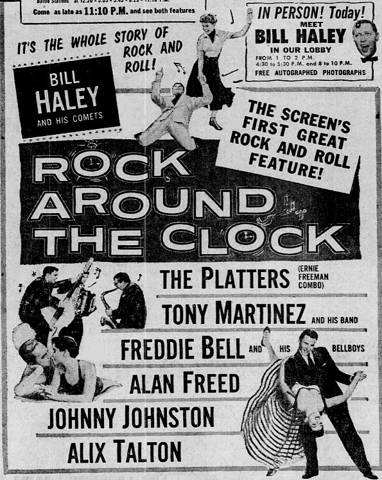 Film about the Rockabilly Environment in the 50's 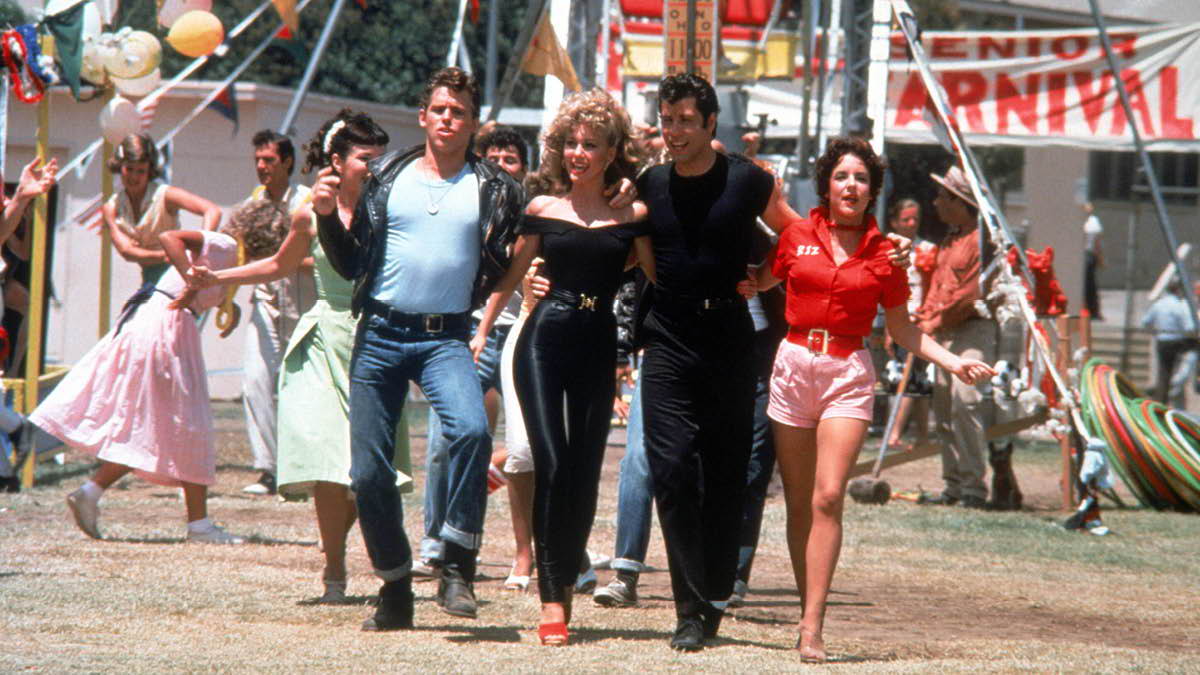 The story of the Danny and Sandy movie that we may have all seen and know the songs from, is a well known and loved movie that describes the environment around the youth and rock music in the USA in the 50's.

The film is from 1978, and you can clearly see that it is the 50s seen through the eyes of the 70s. The film helped cement John Travolta's super star status as well as making rockabilly culture more mainstream popular again. While many of the tracks are written for the musical, there is also plenty of original rockabilly music in the film's soundtrack, giving it a deliciously true 50s feel.

If you need inspiration to watch other rockabilly inspired movies, you can throw yourself over the movie Cry Baby with Johnny Depp and Ricki Lake. It takes place in 50s Baltimore and is a musical romantic comedy. The plot is the classic "bad boy, meets and falls in love with good girl". If you loved Grease and want more, but with a real 'bad boy'. 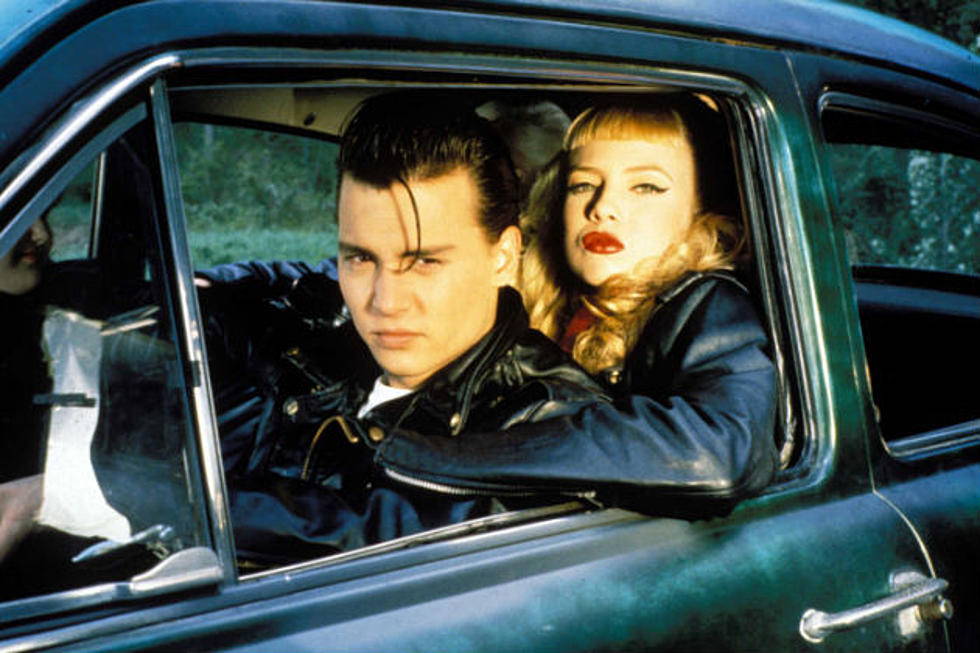 The Walk the Line movie about Johnny Cash 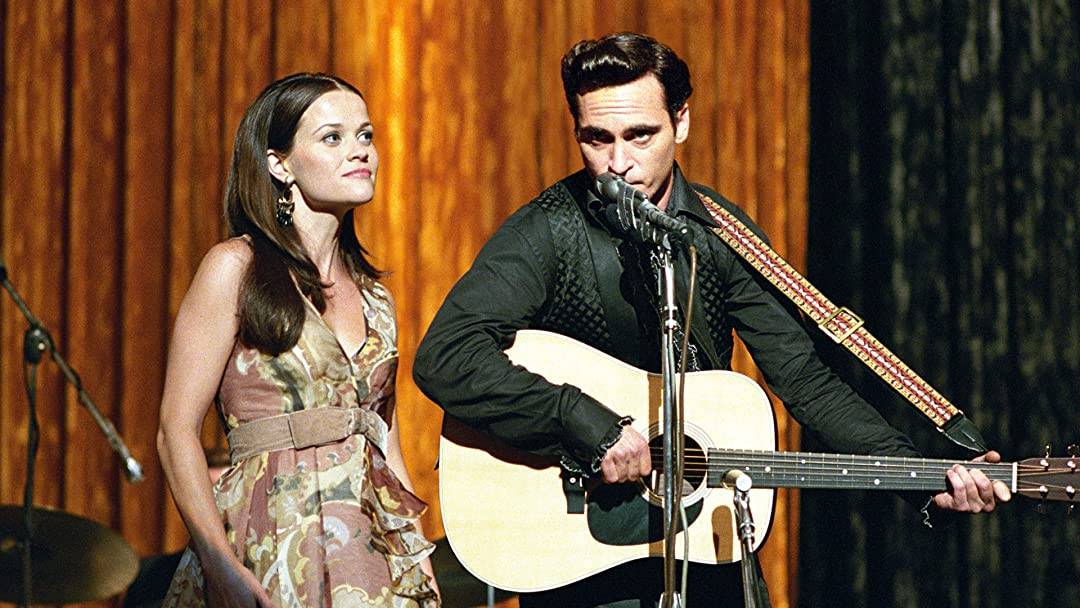 Or at the more serious end, you can watch 'Walk the Line', the film about Johnny Cash's life from his childhood in poor conditions to the times of fame. It follows both the beautiful love story and his battle with addiction and stars Joaquin Phoenix and Reese Witherspoon. A wonderful film about a great artist that is clearly worth watching.

Today, the rockabilly environment is not just 50s style but a development of the style through time from the 50s onwards. Still rooted in the original music, rockabilly today combines influence from rock music, country music, fashion from the 50s and a slightly raw attitude. It is a fashion that has seen decades of transformation and slow transformation, culminating in the unique genre that it is today.

Tops and blouses: Tight-fitting tops that accentuate the figure. Beautiful necklines such as sweetheart or off-shoulder tops are perfect for this look.

Pencil skirts & pencil dresses: Classic length around the knee or below. Of course, they must fit snugly and the skirts must be high-waisted so that they emphasize the waist and hips.

Swing dresses og swing skirts: Lovely waisted dresses and skirts, with the right swing when you spin around, and possibly with a petticoat underneath. 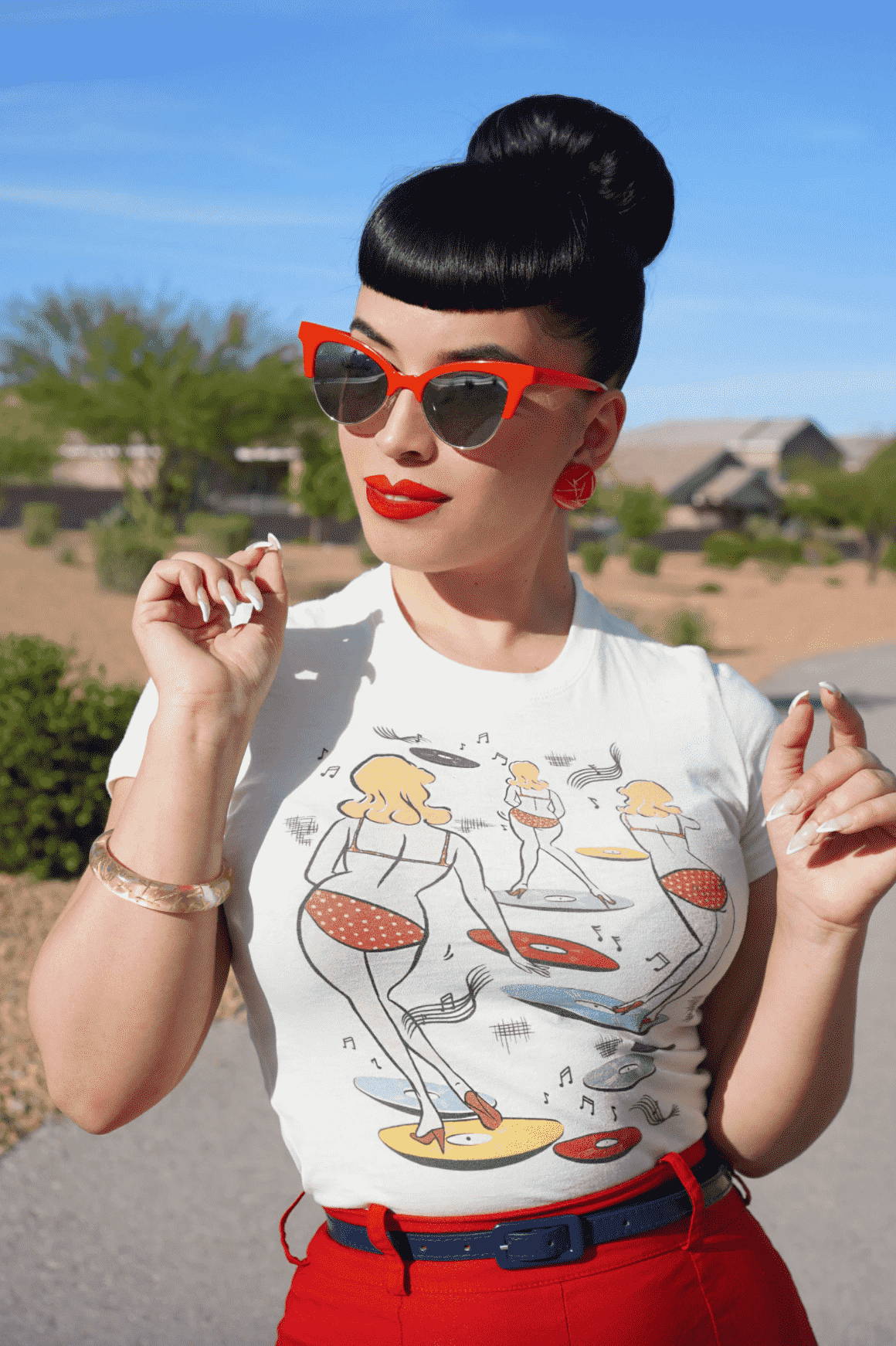 Pants: High-waisted jeans and cigarette pants in red or black. They can be full length or 3/4 long, and feel free to use sniping.

Swimsuits & lingerie: High waist and beautiful vintage cut, preferably with a little support underneath that supports the body.

Colors and patterns: In contrast to the pastel colors of the nice 50s, the focus here is on the strong colors and especially red, white and black is a classic rockabilly combo. The most common here are dots, cherries and streaks.

We are of course happy to help you style the perfect Rockabilly look, but here you can be inspired by what it could look like. All our beautiful off-shoulder and ruffle tops available in both patterns and solid colors, and is excellent for your look. The lower part can consist of both tight pencil skirts and terrific swing skirts. You can of course also style with our high waists jeans in classic 50s cut.

If you have the courage, look in our selection of lingerie, which is made to support and create an even sharper figure with a focus on the chest, waist and hips, perfect for the ultimate Rockabilly look. 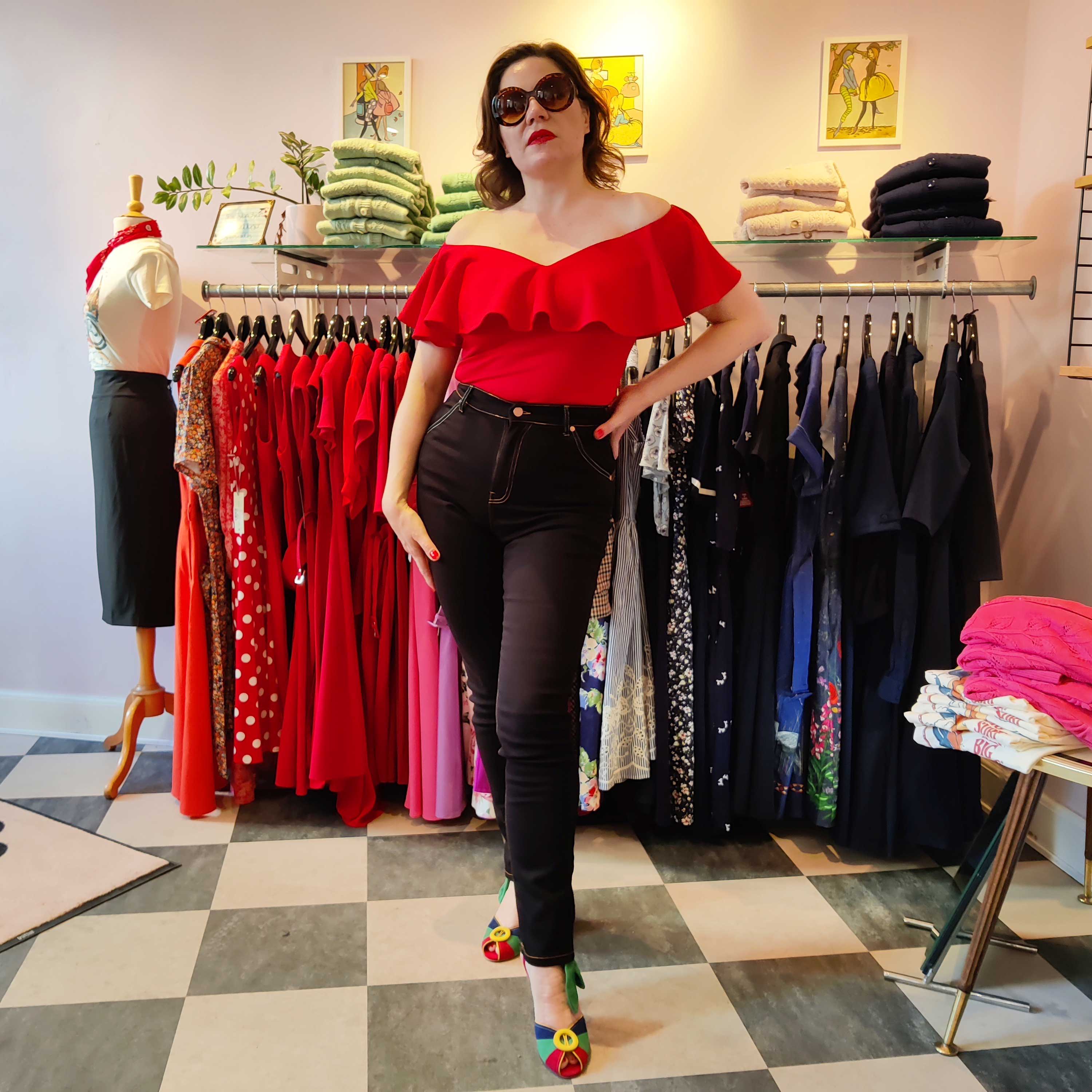 This summer, you can also style with the beautiful classic swimwear in pinup style, which also gives the classic Rockabilly figure.

It is clear that a good swing dress can also give a perfect Rockabilly look. Look for those that are clear in color or with dots, and those that have extra focus on, for example, a deep cut.

See all our dresses here 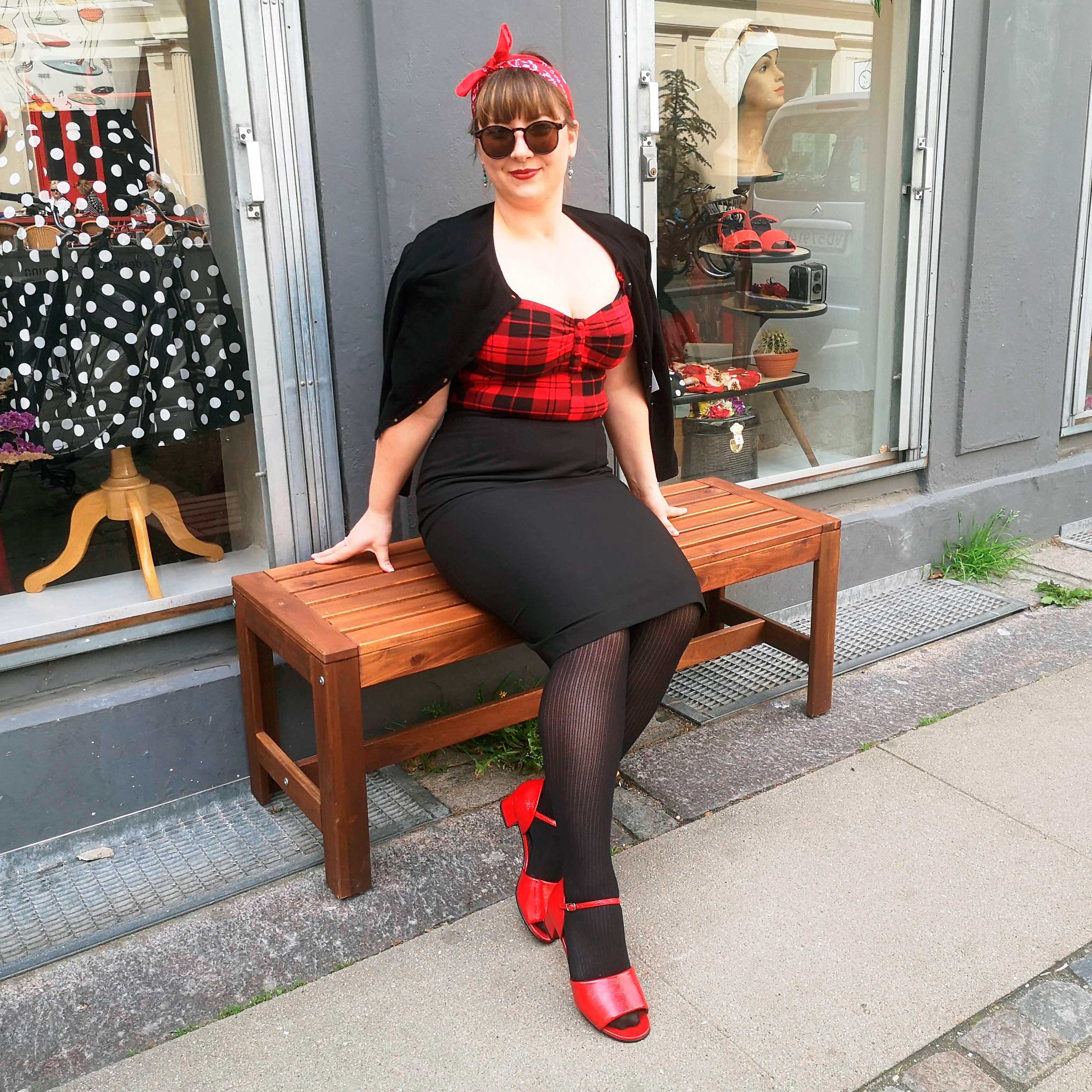 To complete your Rockabilly look, we always recommend styling and accessories. It can be in the form of the small bandanas for the neck that we carry in the store, or it can be the beautiful ones hair flowers or bracelet.

The sexy stockings with stitches from What Katie Did in eg red or green is also an obvious choice for styling, just as we have leopard and fishnet stockings from Swedish Stockings which also gives your Rockabilly look a spice.

And of course, the right shoes also belong to your look, and we always have a wealth of beautiful ones sko in vintage 50s style.

We look forward to seeing you and helping you style your personal Rockabilly look. 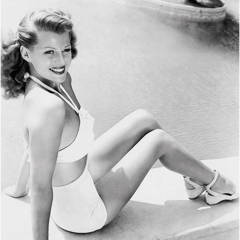 Summer is just around the corner, soon we will be back on the beach. We may be able to travel, but otherwise we may have actually got used to the idea of ​​the Danish summer weather ... 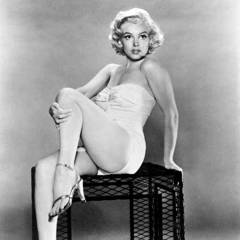 The pinup girl of modern times originated around the 1890s when Charles Dana Gibson's painted his famous Gibson Girl. This was an idealized woman with ... 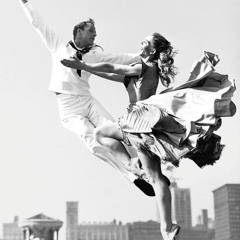 At Mondo Kaos, we love a good swing dress, and it is one of the dresses we always have many of in our range. There must be swing dresses and swing skirts in several ...