Summer is just around the corner, soon we will be back on the beach. We may be able to travel, but otherwise we may have actually got used to the idea of ​​the Danish summer weather, and maybe you are one of the many who have started to dip their toes early in the cold water or even winter baths?

Again this year we get lots of wonderful retro swimsuits and bikinis in vintage style home to our wonderful Mondo customers, both wonderful old favorites like polka dots but also new beautiful floral patterns in beautiful colors.

The bikini was a big favorite among 1940s pinups and aspiring actresses. Thus, the famous image of Betty Grable seen in a swimsuit from behind is still considered one of the 100 most famous and influential images. 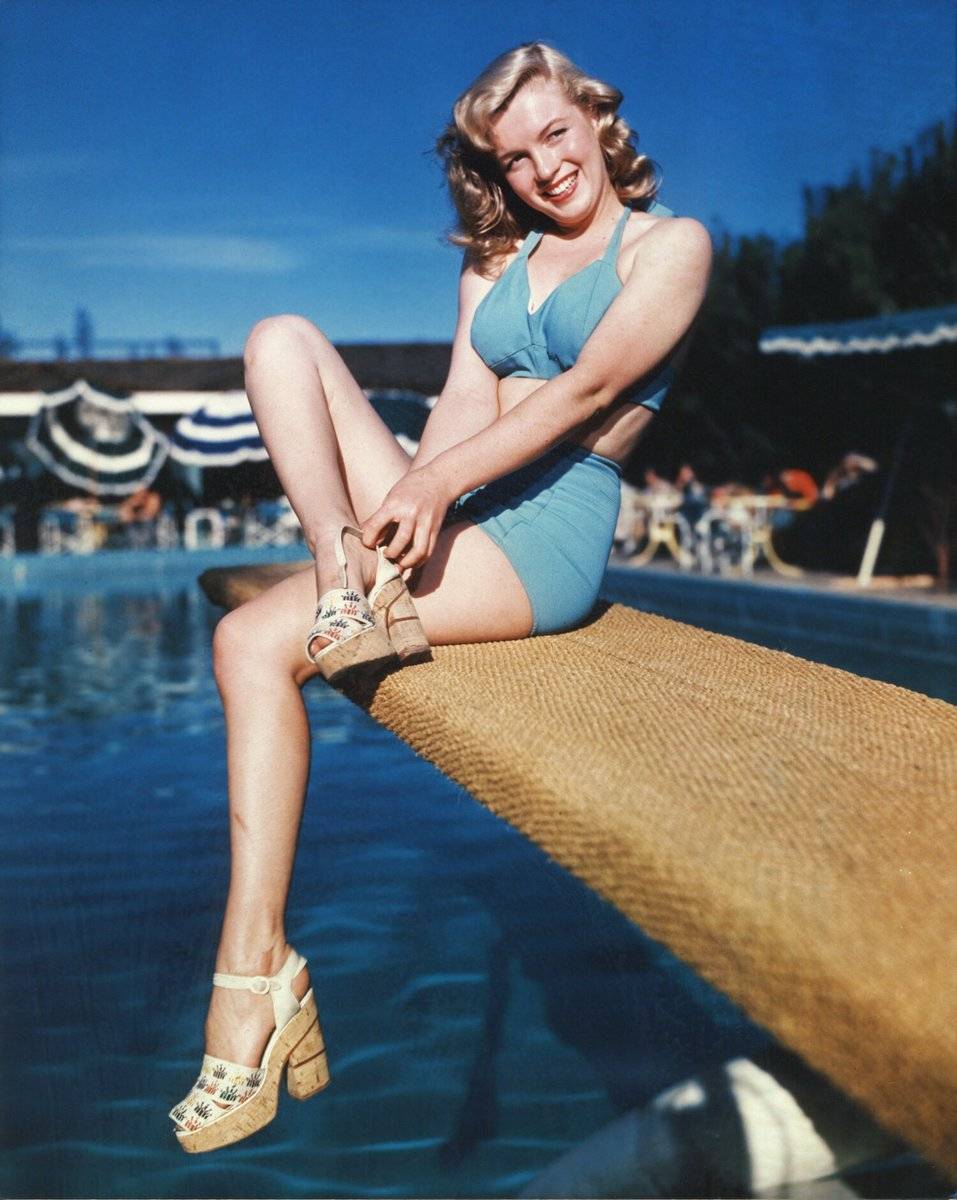 From the 1930s was swimsuit no longer just for bathing in. Part of the 1930s focus on health and the healthy body wrong namely also sunbathing. In the 1930s, people began to have paid vacations and that meant more beach and more swimwear. They began to introduce lower necklines, to remove the sleeves and to make a more snug-fitting swimsuit. The two-piece bath set was also invented. But it was Louis Réard who in July 1946 launched the bikini 4 days after the first American nuclear test explosion at Bikini Atoll.

Apart from the fact that there was now a two-part bath set, and that this had a powerful new name, it was new that the lower part did not cover the navel. With that definition, many of the pinups were actually not wearing the new bikinis, but rather the 'old' glamorous two-piece bath set.

The pinup girl's rise in the 1940s during the war, as well as the fascination with all things swimming, made the bikini a big hit. Many famous actresses started their careers by posing in the new invention. 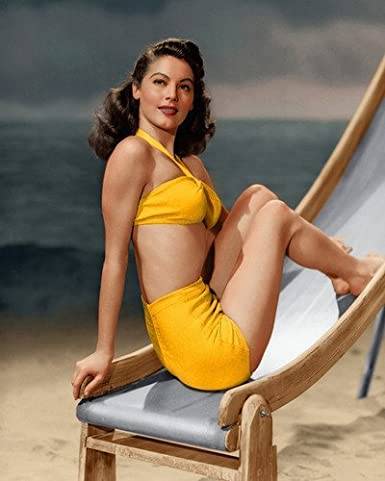 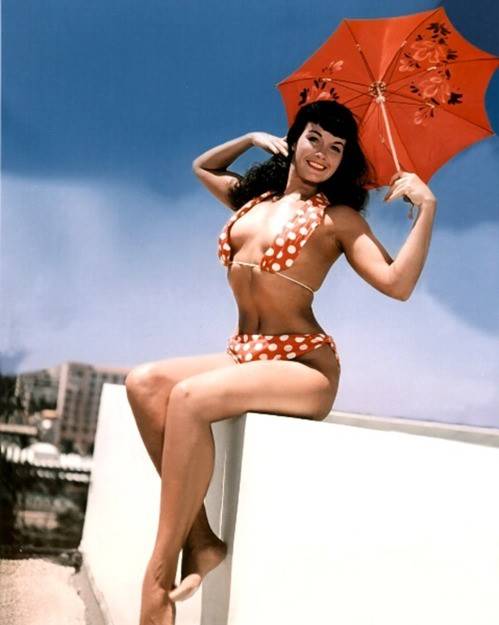 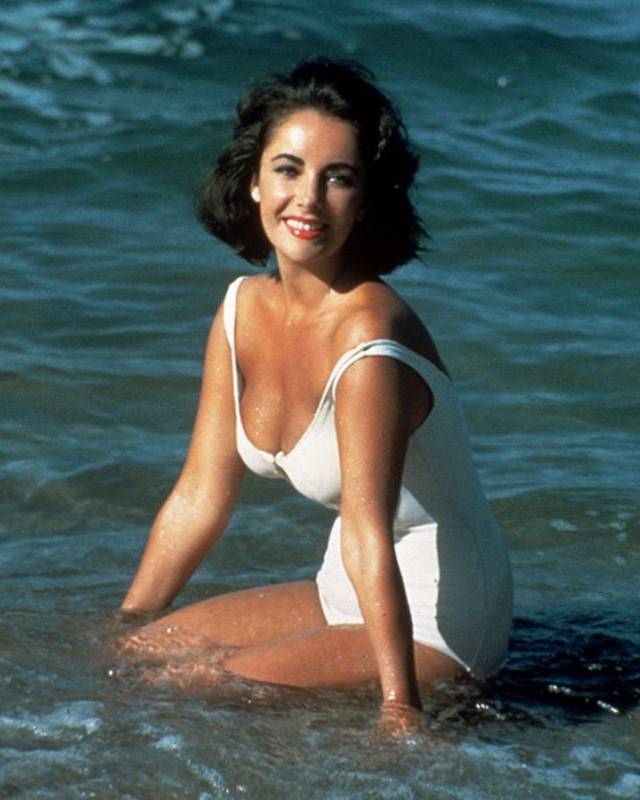 From right to left; Ava Gardner, Bettie Page and Elizabeth Taylor in swimwear 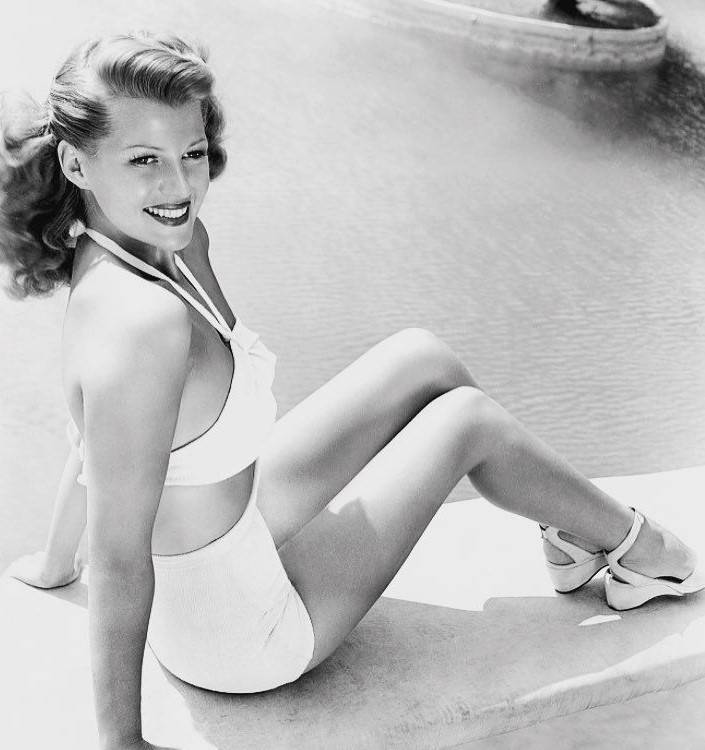 Rita Hayworth, Ava Gardner, Betty Grable, Marilyn Monroe and Elizabeth Taylor. In addition to having in common that they were the big stars in Hollywood's golden age, from the mid-1940s to the mid-1950s, all the actresses have enjoyed photos in swimwear to boost careers.

When the movie Gilda was in theaters, it was reported that an atomic bomb, which was scheduled to be tested at Bikini Atoll in the Pacific Marshall Islands, would carry a picture of Hayworth, a reference to her status as a 'bombshell'. Although it was meant as a compliment, Hayworth took it very badly. Whether this helped give Louis Réard the idea for the bikini? At least that says something about the status it was to be a "bombshell", and that the swimwear could not say it was free to have part of the credit.

We have probably all seen the fine photos of a young Marilyn Monroe, who with her bikini photos tried to make the film studios aware of her. But also as a famous actress, she appeared in movies and in pictures in bikinis.

The beautiful actresses simply managed to look glamorous no matter where they were; and also by the pool or the beach

The greatness of the Aqua musical

One type of film that is completely extinct today is the Aqua musical, but in the 1940s and 1950s, the Aqua musical was the big craze. Not many today would have seen a classic aqua musical, they are seen to be kitsch from a bygone era, but they were resoundingly successful in the middle of the century.

That the films have not survived is probably due to the somewhat trivial plot line that was reused for every single film: girl swims; boy falls in love. Yet they became huge successes with audiences after World War II and the reason must probably be found elsewhere than in the depth of the action.

They enjoyed the new technicolor and the new cameras that could film underwater, but of course the prospect of seeing beautiful women wearing only swimwear in an era where there were restrictions on that kind, also helped to increase the films' popularity.

Esther Williams was the queen of the aqua musical and starred in more than twenty water-themed MGM movies and became one of the most famous actresses in Hollywood. 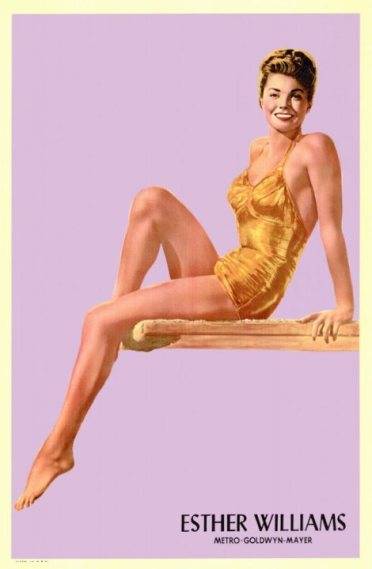 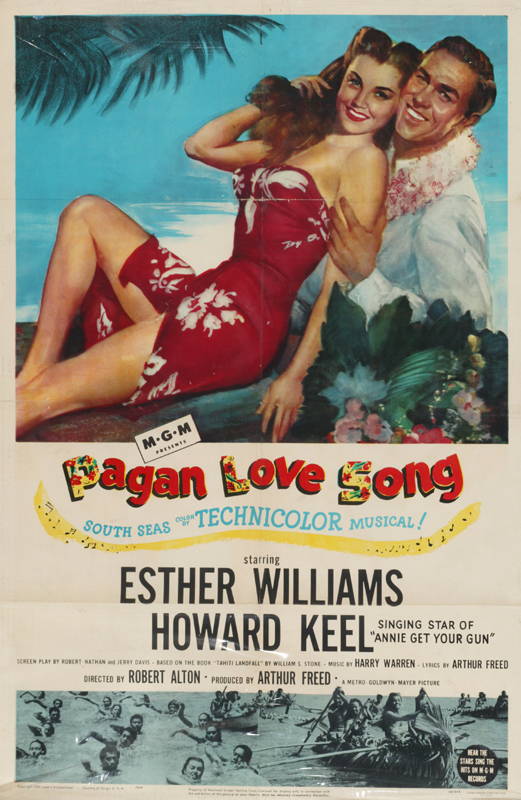 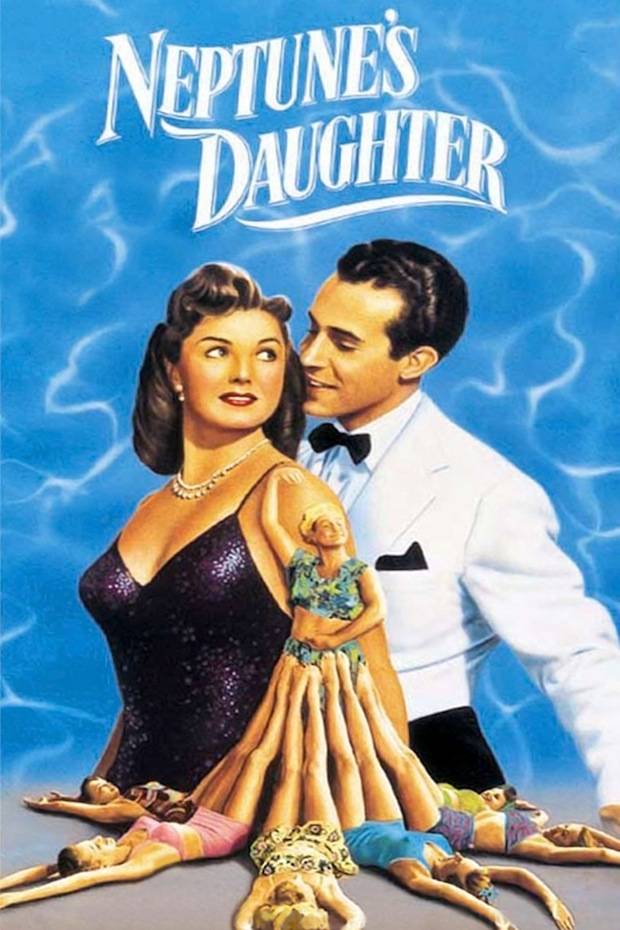 The beautiful one-piece vintage swimsuit by Esther Williams has an incredibly flattering fit. It leans on the vintage swimsuits as you see them in the 1940s and 1950s, on e.g. pinup girls and Hollywood stars. Think the famous Betty Grable pinup photos from World War II, or the many beautiful photos of Marilyn Monroe.

It is the ultimate 50s swimsuit. The swimsuit has a halter neck and soft pleats at the front as well as a small skirt. In addition, there are soft bowls that gently hold the bust in place. This style suits all body shapes and is super flattering. We have it in many sizes from small to 5x-large and in lots of colors and prints, so you can be sure that there is always a vintage 50s swimsuit that suits your body type and unique personality! 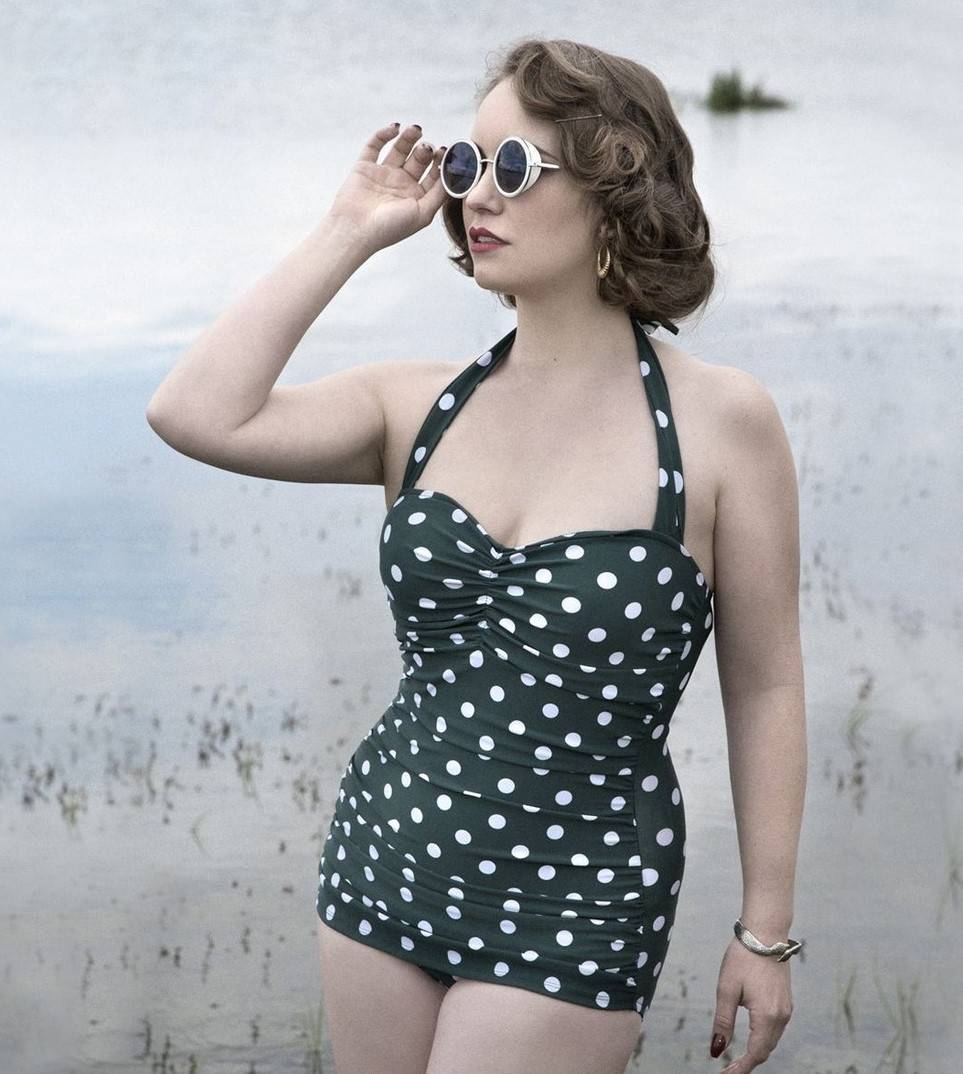 A vintage swimsuit is so flattering and iconic in its expression that you will at once feel beautiful and sexy. It is a great alternative to the bikini.

We also got a brand new swimsuit home with wide straps and skirts in a beautiful retro pattern in red with white flowers.

See all our swimsuits from Esther Williams here

The amazing ones vintage bikinis from Esther Williams, is also very reminiscent of those we know from the pinup girls. They have the perfect vintage pin-up vibe. They fit all body shapes and figures and are incredibly flattering. They are made of a smooth fabric in the finest quality, and the top has soft bowls with reinforced sides. It has a beautiful adjustable halter neck so you can adjust it perfectly to your chest and figure.

The bikini bottom is in true vintage style, it has a timeless vintage shape with a high waist that creates the perfect hourglass figure, it also covers the belly so you do not feel naked. Light folds in the sides give a comfortable look and flatter the hip area without you having to feel narrowed.

You will look great in one vintage bikini whether you sunbathe by the pool, or take a dip!

See all the bikinis from Ester Williams here 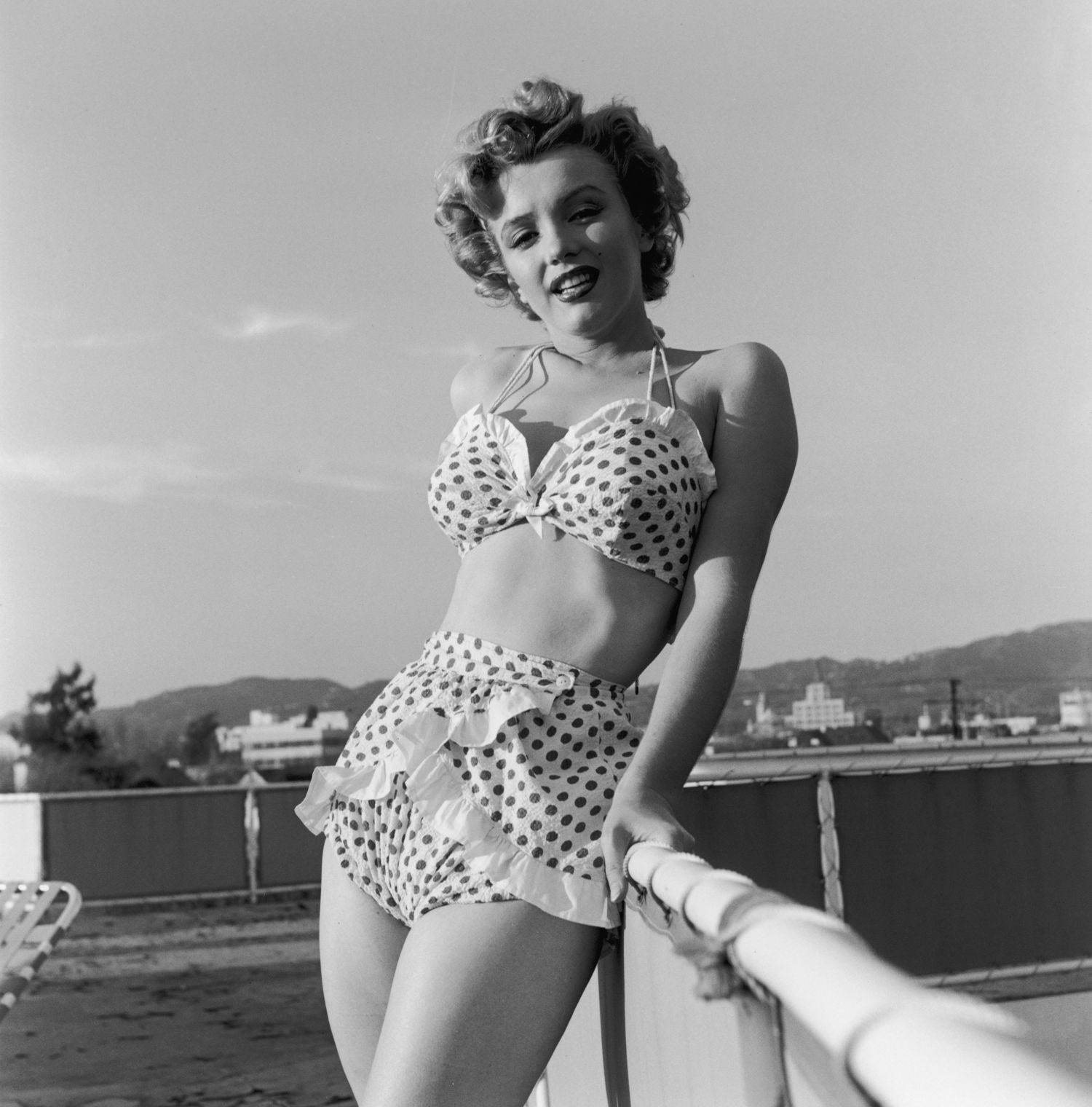 One of the things we love about Esther Williams swimwear is that the swimwear really holds everything so securely in place that they are not only perfect for the swim but can easily get to the beach bar or lunch with e.g. a couple shorts or skirt over. Of course, you can also easily throw one summer dress over your Esther Williams swimsuit, when you need to move on from the beach.

You can be inspired by coming down to the store or see more online.

We wish all bathing nymphs a wonderful bathing season, 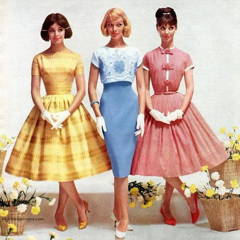 We here in Denmark have already sensed the rush of summer a few selected days .... 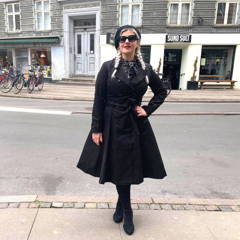 The story of the trench coats

A classic vintage style trench coat is one of the most popular coats ... 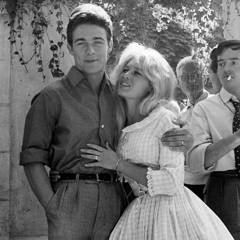 How to choose the perfect vintage wedding dress ...