Though Mondo Kaos carries clothes from S - 4XL, the store is not a definite one Plus size store, but it is definitely a store where you should feel welcome regardless of body type and ideal. That is why we also carry plus sizes in a number of models, and of course we also carry them in general clothing that looks good no matter what size one may have. Today we take a closer look at how Plus size originated as a phenomenon, it tells a lot about fashion history up through the 20th century.

Although we have always been subject to a certain body ideal, the body ideal before 1900 was an ideal where female curves were paramount, even with corsets and laces, it was still desirable with plump breasts and hips, and often also chubby thighs and arms. Around the year 1900, something happened that caused the perception of the clothes, the figure and sizes to change, because clothes began to be 'mass'-produced. Of course, it was not yet about the large quantities of clothing that are produced today, but they went from hand-tailoring and tailoring clothes, specifically for the individual, to producing clothes according to standard cuts and measurements in larger quantities; that is, "bar clothes"! 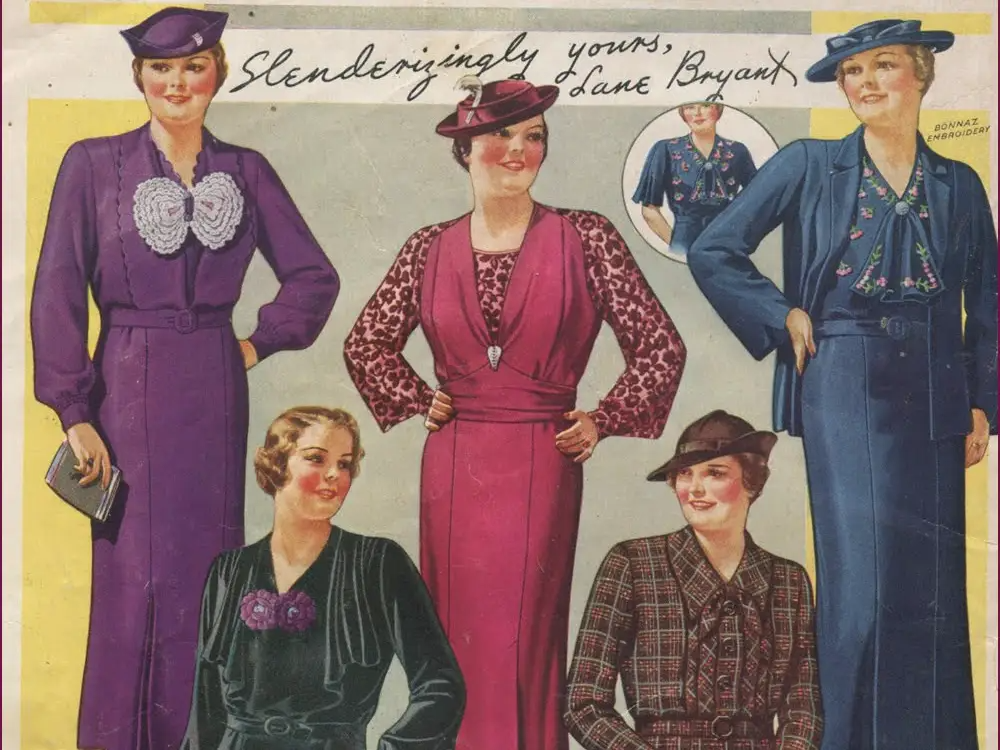 The new mass-produced clothing was initially made exclusively in standard sizes, for the average woman to keep production costs down and profits up. Standard sizes were (and still are quite often) based on a standard size, preferably small or medium, also simply added or removed over the entire cut pattern for it to be xs or xl, etc. It is clear that this approach simply does not provide well-fitting clothing for those who fall outside the standard.

The first to find out was Lane Bryant, who in the early 1900s began making maternity and postpartum clothing with an adjustable waistband. This was a new and smart invention. She opened her eyes to the fact that there was a lack of clothes for several groups of women, and in 1922 she began to make clothes for plus-size women. She simply invented the term "Misses Plus Sizes" and thus made the famous Charleston cut of the 1920s available to women with breast size 96 (inch 36) and above. It was through the meeting with the engineer (and her future husband) Malsin that they discovered that when it came to plus-size, the shapes were different from those otherwise used as standard. Together, they set out to develop clothes that should fit all women with larger goals than the norm. In England you come across the word 'outsize' lady and another word you come across is even 'stout'. However, it was not the case that this category stood alone, others also arose around this time, eg the little woman got patterns and cuts called 'for the not so tall'. The men had to search for special sizes under the category 'Big and Tall'.

Even in 1940s with the athletic figure as the icon, fashion was still focused on the feminine silhouette, so it was possible to dress in the fashion of the time even as a plus-size. But one had to wait until 1950s before the legendary hourglass model and shapes really came into vogue again. There were perhaps still mostly slim women but with big breasts and hips a la Marilyn Monroe, Sophia Loren and Elizabeth Taylor. Nevertheless, slim alone was not desirable and there were pills that were supposed to help women put on weight so they could become more desirable. Of course, it was also in the 1950s that Diors New Look became. The iconic New Look, was an inclusive shape. Although it was eel-slim women who modeled for it, it suited perfectly with women with larger figures. 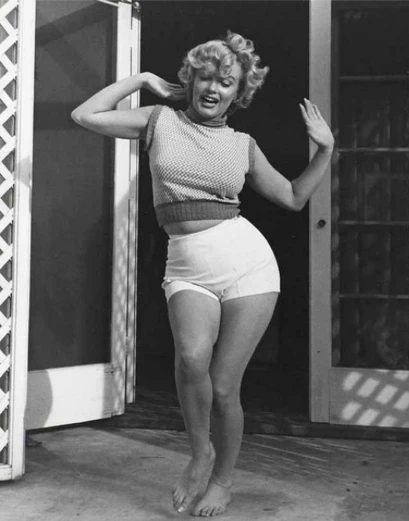 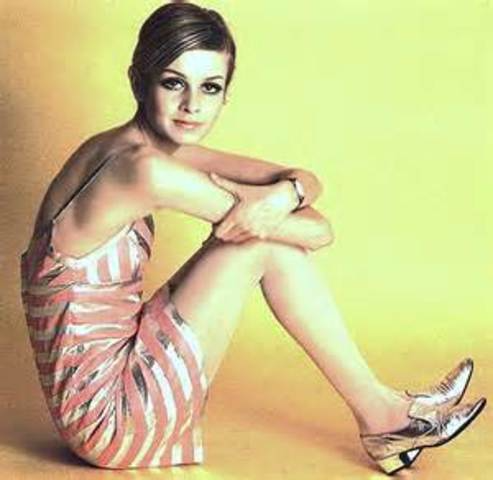 With 1960s came the youth revolution, mini skirts, and not least Twiggy! It meant diet tyranny, but in response, groups emerged who celebrated that they were not like Twiggy. Fat-in days were held in the United States, where pictures of Twiggy were collected and burned. As a showdown with the ideal of fashion slenderness, plus size fashion shows were also held. All of this paved the way for a new and free body understanding as we see it in the late 1960s and 1970s. For the first time in 1977 opened a modeling agency for women with a different size 'Big Beauties - Little Women'. In 1978, another Plus size agency "Plus Model" opened and the famous Ford Models took 2! plus size models into their agency in 1978. It fit into the spirit of the times, even though the 1970s ideal was still a slim female body. Up through the 1970s and 80s, several plus size stores opened, and each country had its own brand of clothing for plus size women.

With the new millennium came a new body positivism agenda! Out with the heroin-chic of the 90s in with diversity. With even greater opportunities for expression through social media, there was once again a focus on beauty ideals and discrimination; it wrong not only different sizes but also age, gender and skin color. Bloggers and influencers simply got a mouthpiece so they could show that Plus size girls also like fashion, and especially- can also wear it. It must be said that Millennials have been the new pioneers and made sure that the fashion industry can no longer ignore the call for diversity! 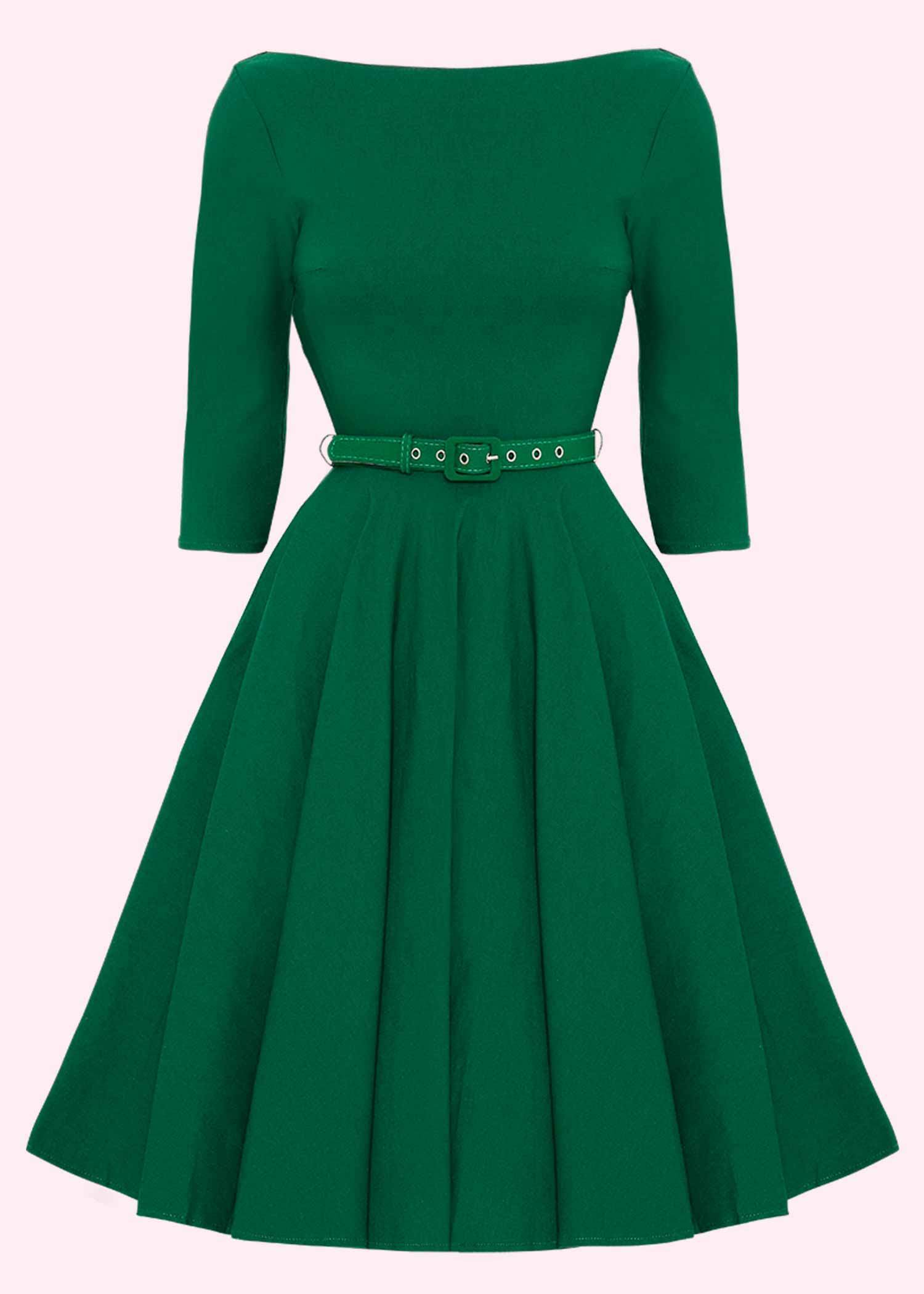 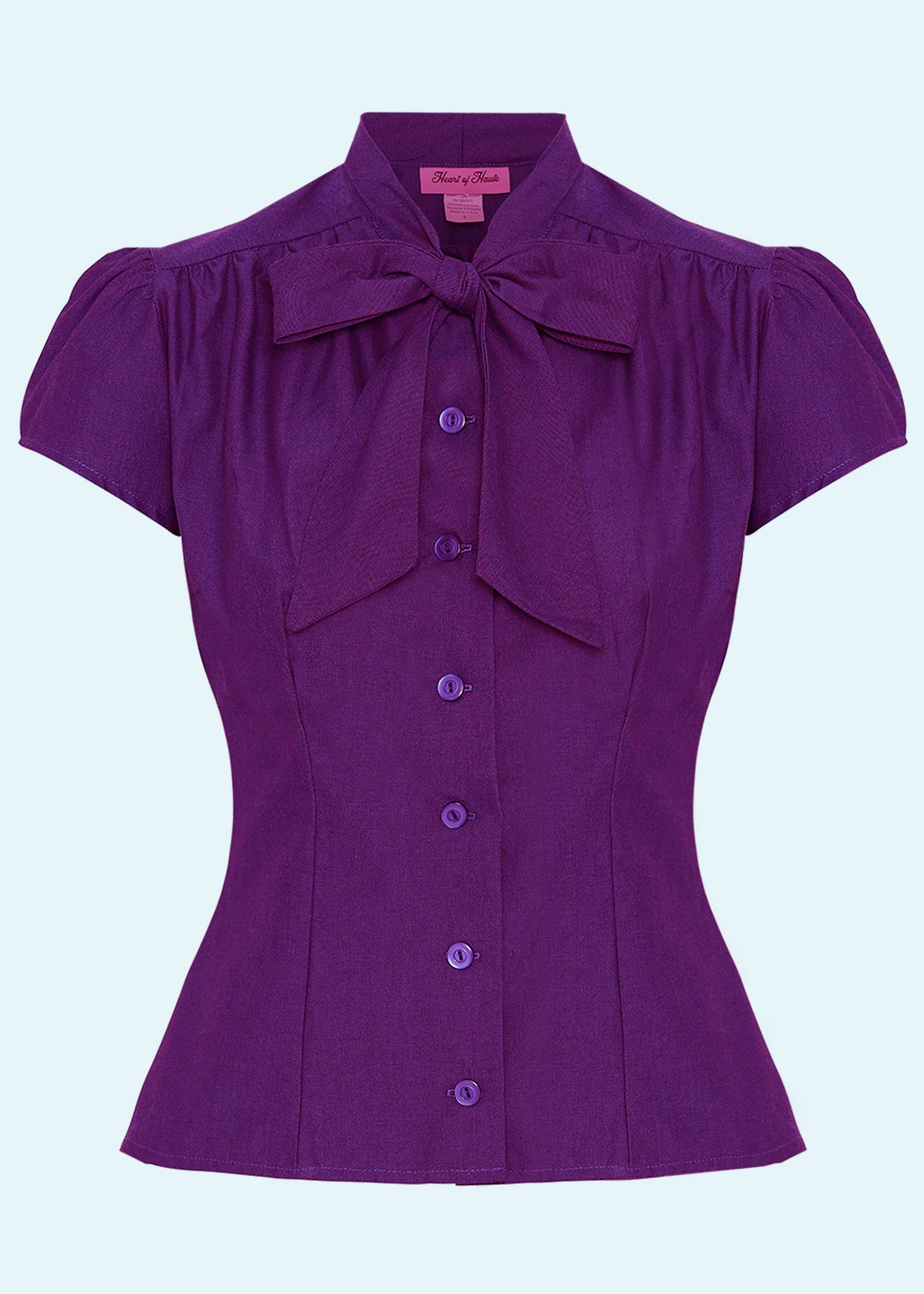 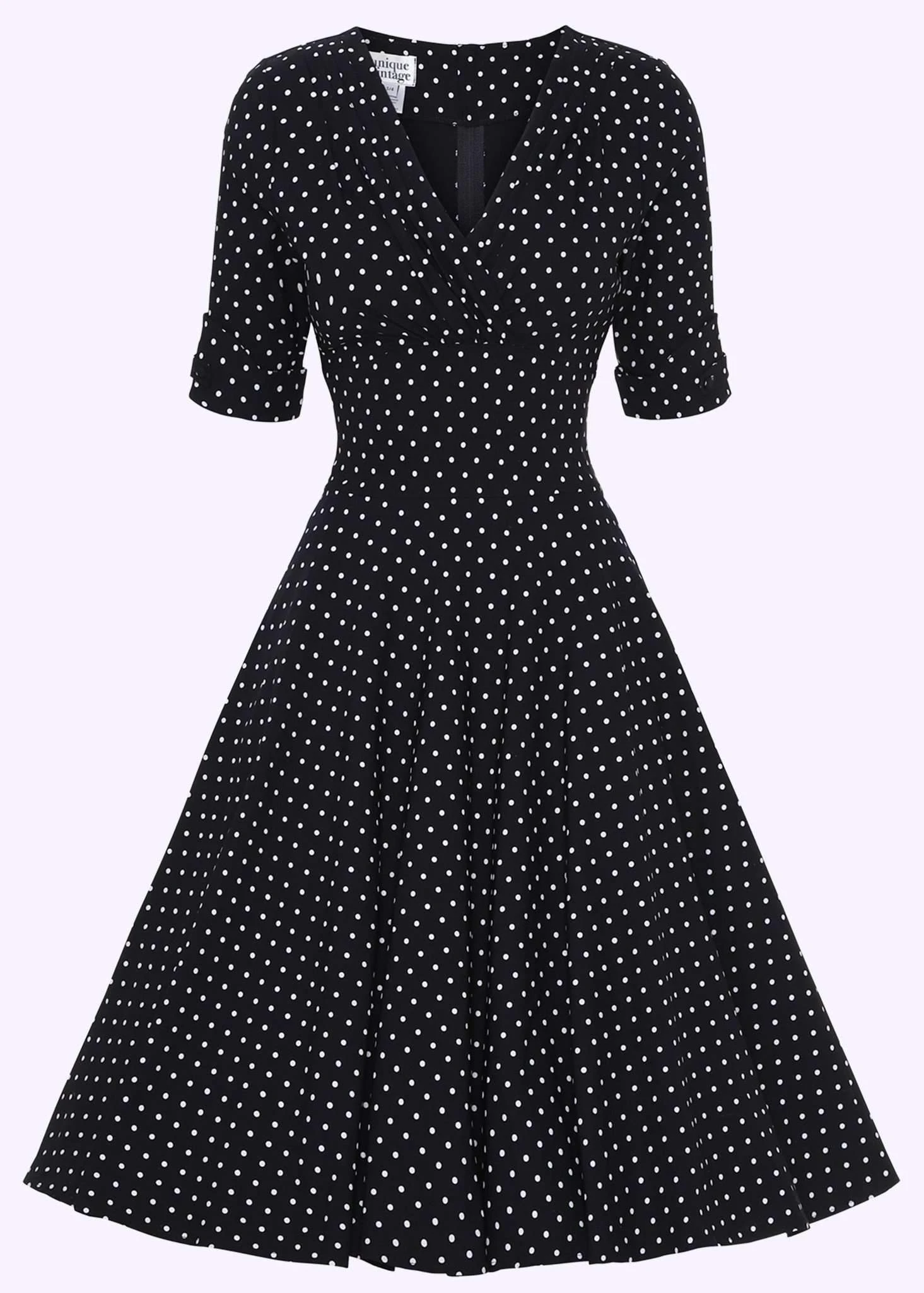 Plus size on the cat walk

The big trend-setting luxury design houses are still lagging behind, but the good news is that there are more and more models at the international fashion weeks in New York, Paris, Milan and London who are over 50, of a skin color other than white and of so-called non- straight-size. In 2020, there were a total of 86 models that were plus size! Even Chanel had a plus size model with it for the first time in 10 years when they presented their summer 2020 collection. Although it is still called plus size, another word has begun to creep in; "curvy women", but like plus size, it's a little strange since most women are curvy. 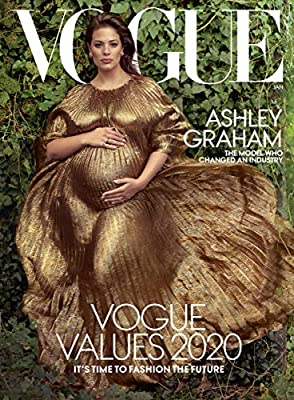 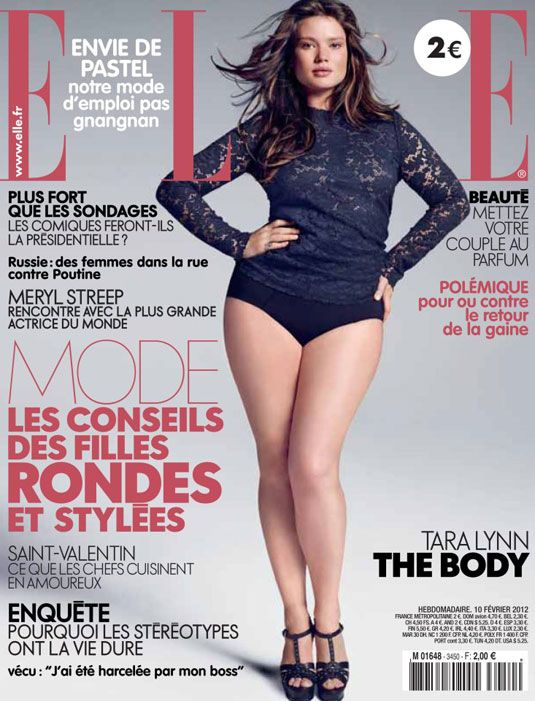 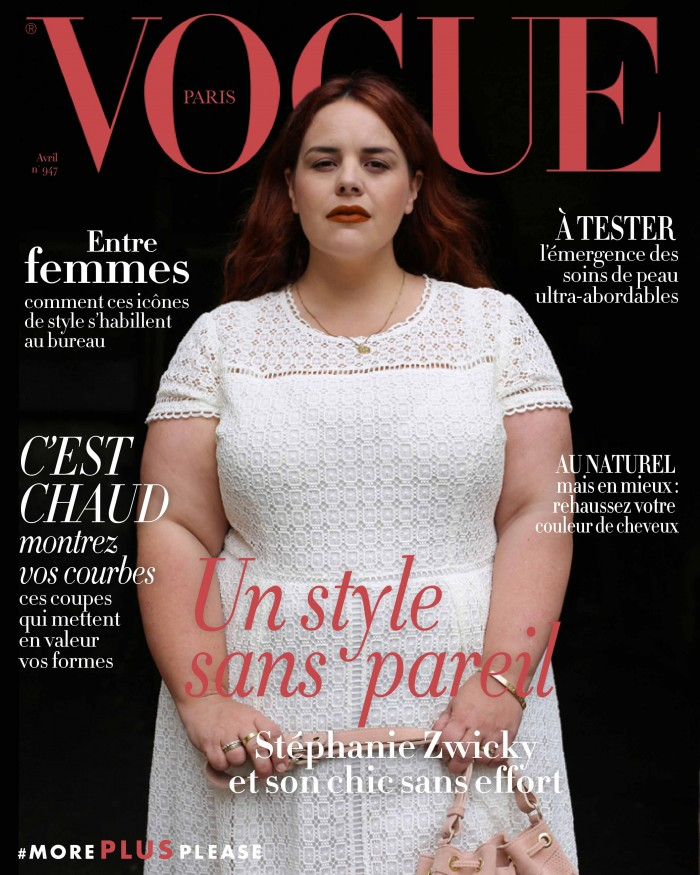 Curvy – or 'inclusive' clothing for women at Mondo Kaos

With Mondo Kaos we like to be both curvy and less curvy, and our sizes are therefore 'women's sizes' and not those you find at, for example, HM. We choose the brands we take home based on whether the clothes add to the female body, and take into account both large and small curves. There must be blouses for those with large as well as small breasts, regardless of size (see Stine's guide to blouses for ladies with fuller breasts). The clothes should not sit and flutter, but snuggle around the body, showing the female body from its most beautiful side by embracing diversity as well as curves. 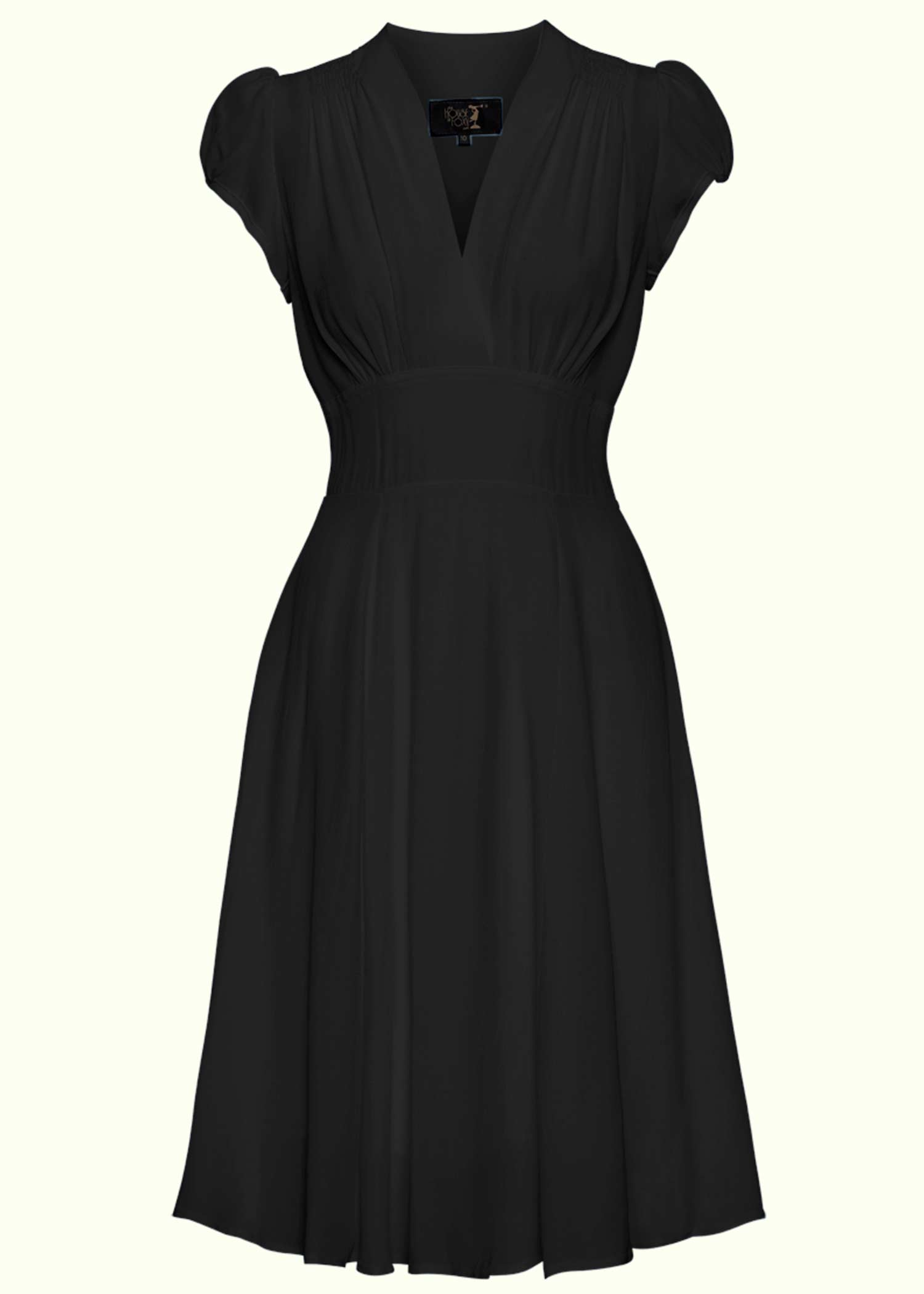 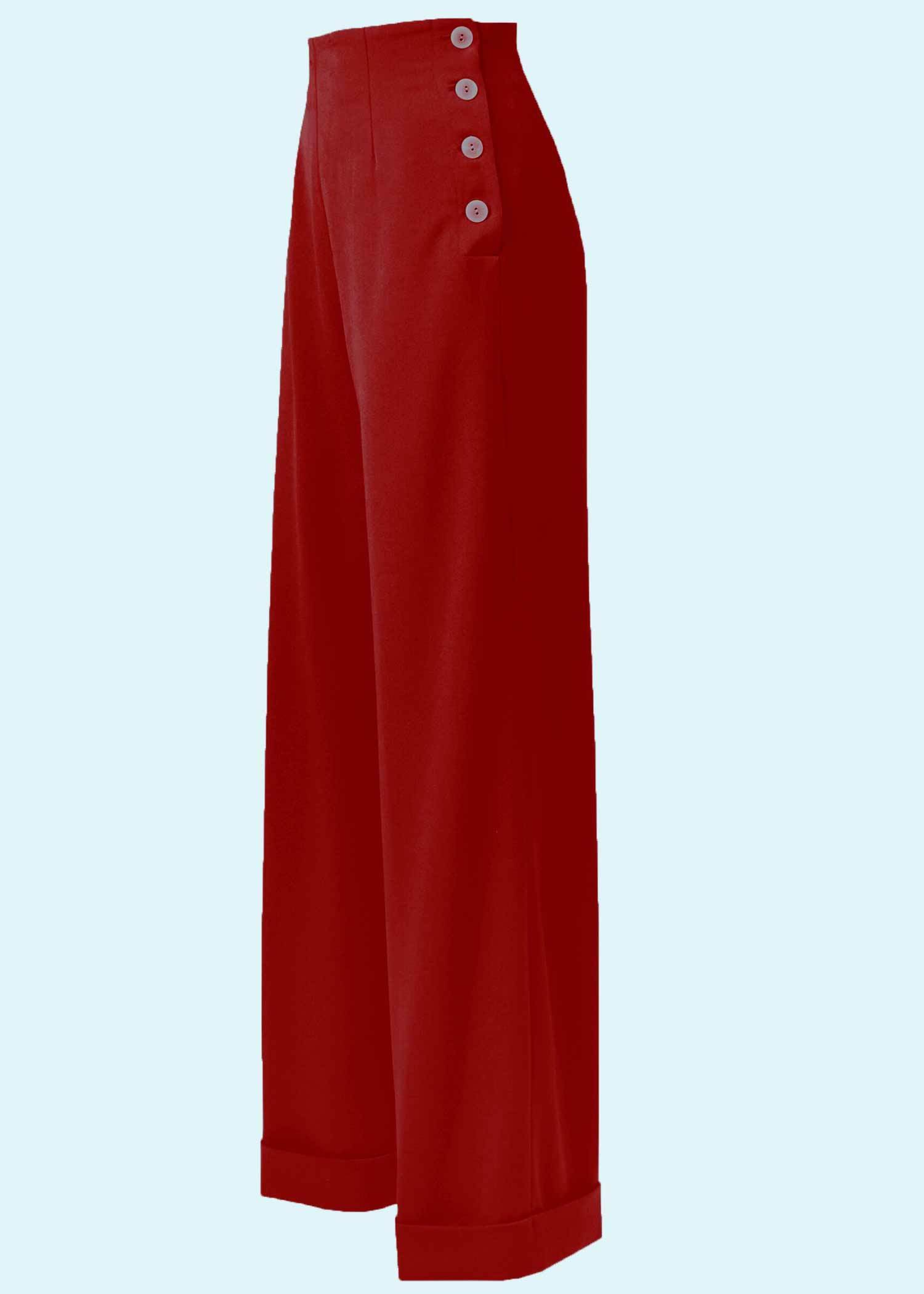 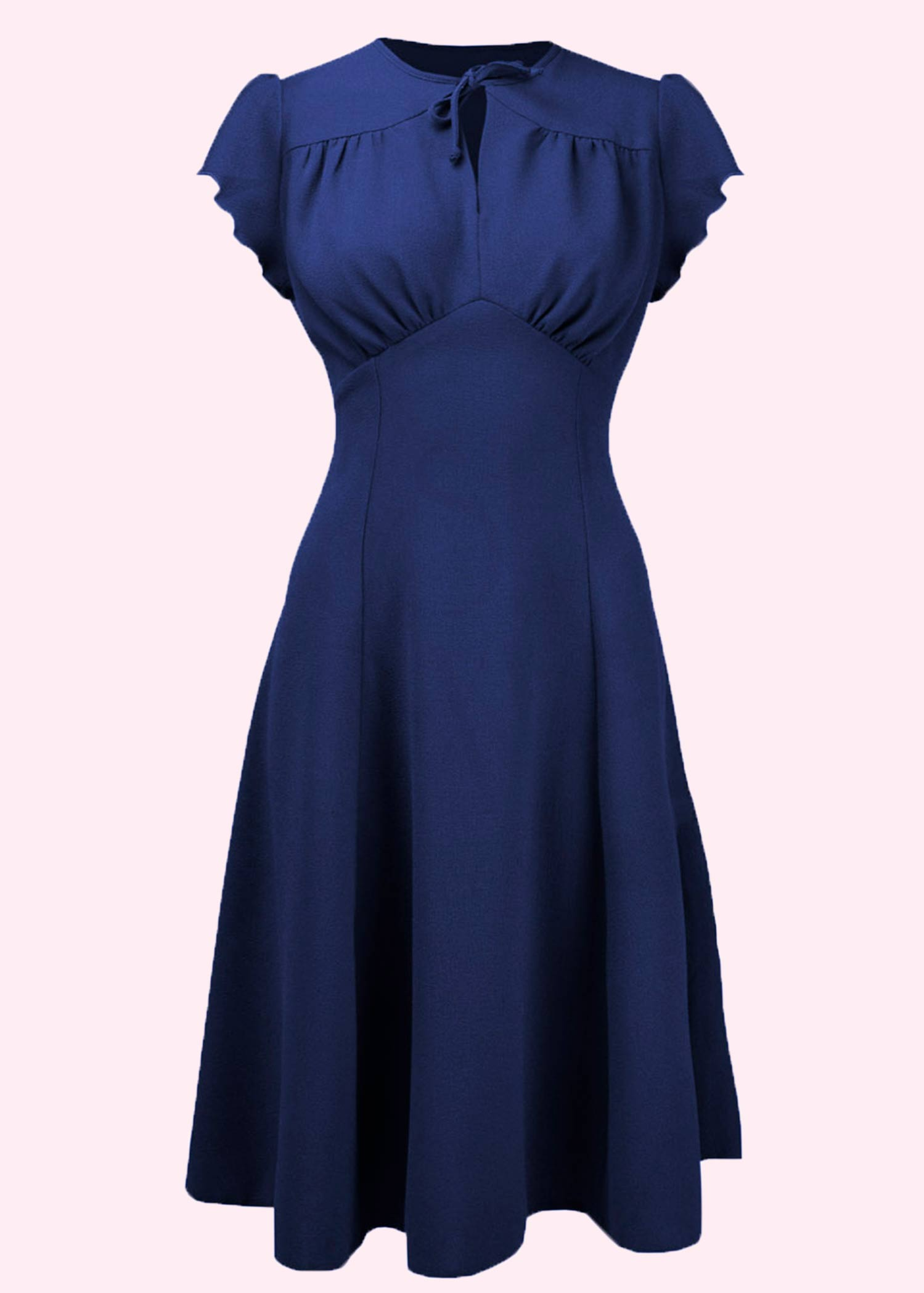 See all our Plus Size Dresses & other clothing here!

We love the style from 1940s og 1950s for the very reason that the style was created for the female figure, and therefore our clothes are a mixture of vintage and retro style and simply beautiful clothes for women from brands we know can deliver just that, and which have the same positive attitude to the female body as we have. We carry clothes in plus size in 2XL 3XL og 4XL and some models up to 5XL and 6XL you are always welcome past the shop where you can get lots of expertise, advice and guidance from our wonderful staff.

We look forward to seeing you in Mondo Kaos, and to show you all our beautiful vintage and retro clothes regardless of size. 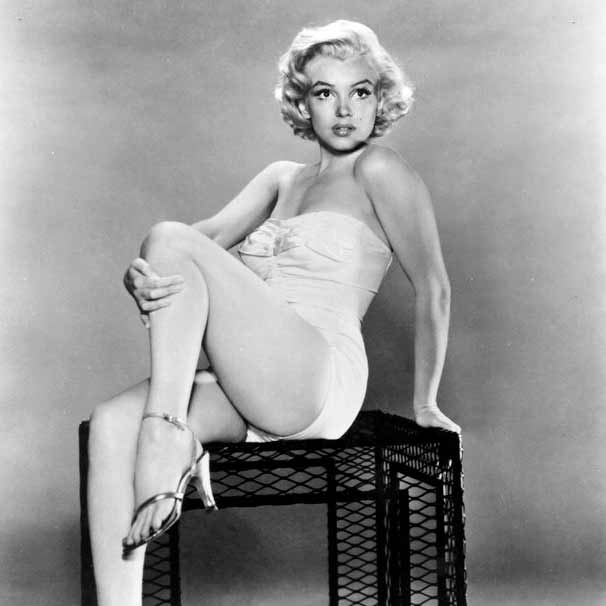 The story of the Pinup girl 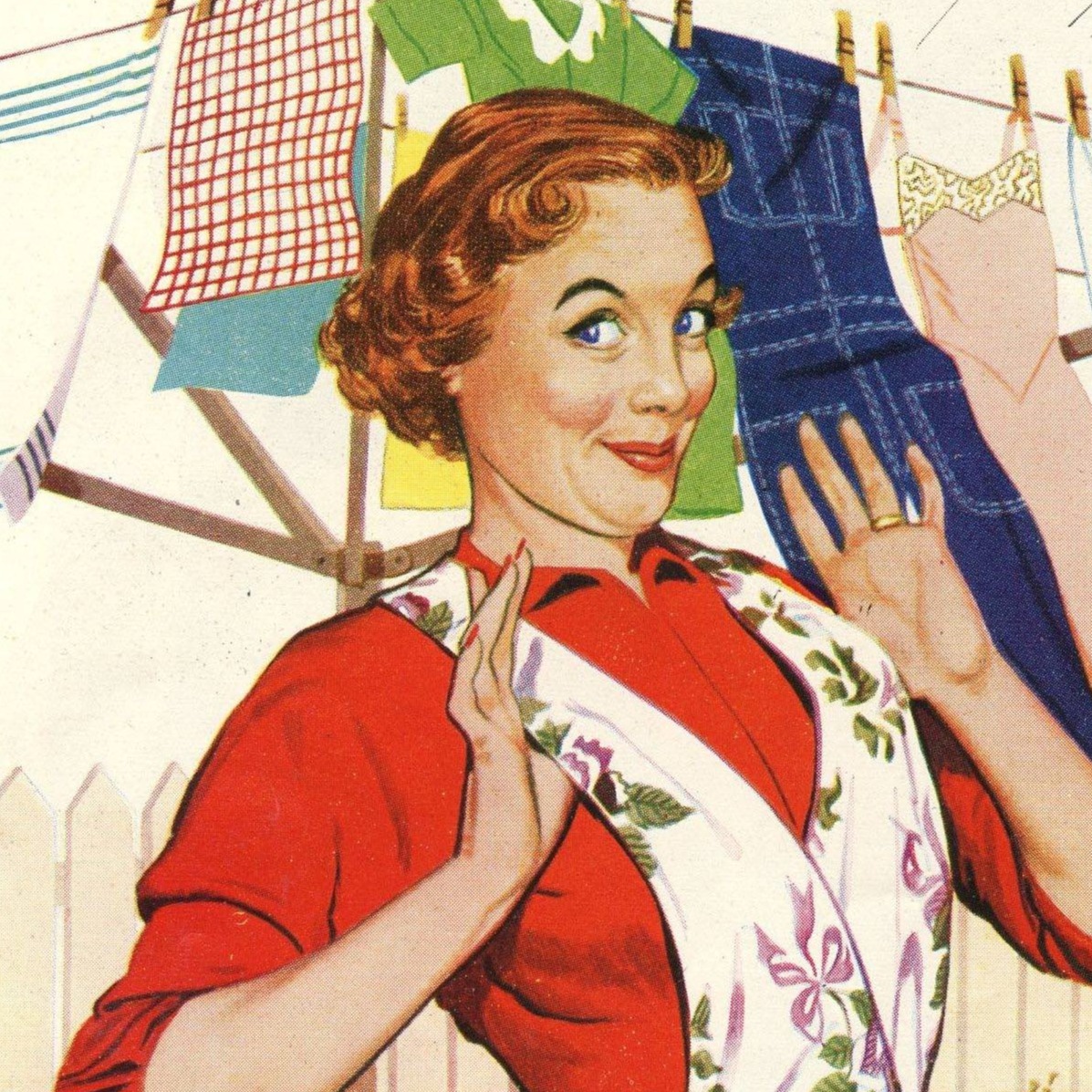 How to look after your 'Vintage style' dresses and clothes