I Mondo Kaos we sell clothes for people, based on the individual person's body, and we have that
done since 2006. Taking a starting point in oneself and one's own body has also been the theme of the latter
couple of customer evenings we have held in the store and it has inspired us to write a blog on the topics
body positivity and self-love. That is why we invited the body activist Helene Thyrsted to Nørrebro
to talk about her approach to the body-positivist environment, about her role in the film Fat Front and
about clothes and getting closer to a more positive body image.

Helene Thyrsted is 33 years old, lives in Aarhus and studies English at Aarhus University. When she started on
her education she had an idea that she could become a high school teacher, but after she has become one
part of the body-positive environment, she hopes she can use her education and new communicative
abilities in that direction. 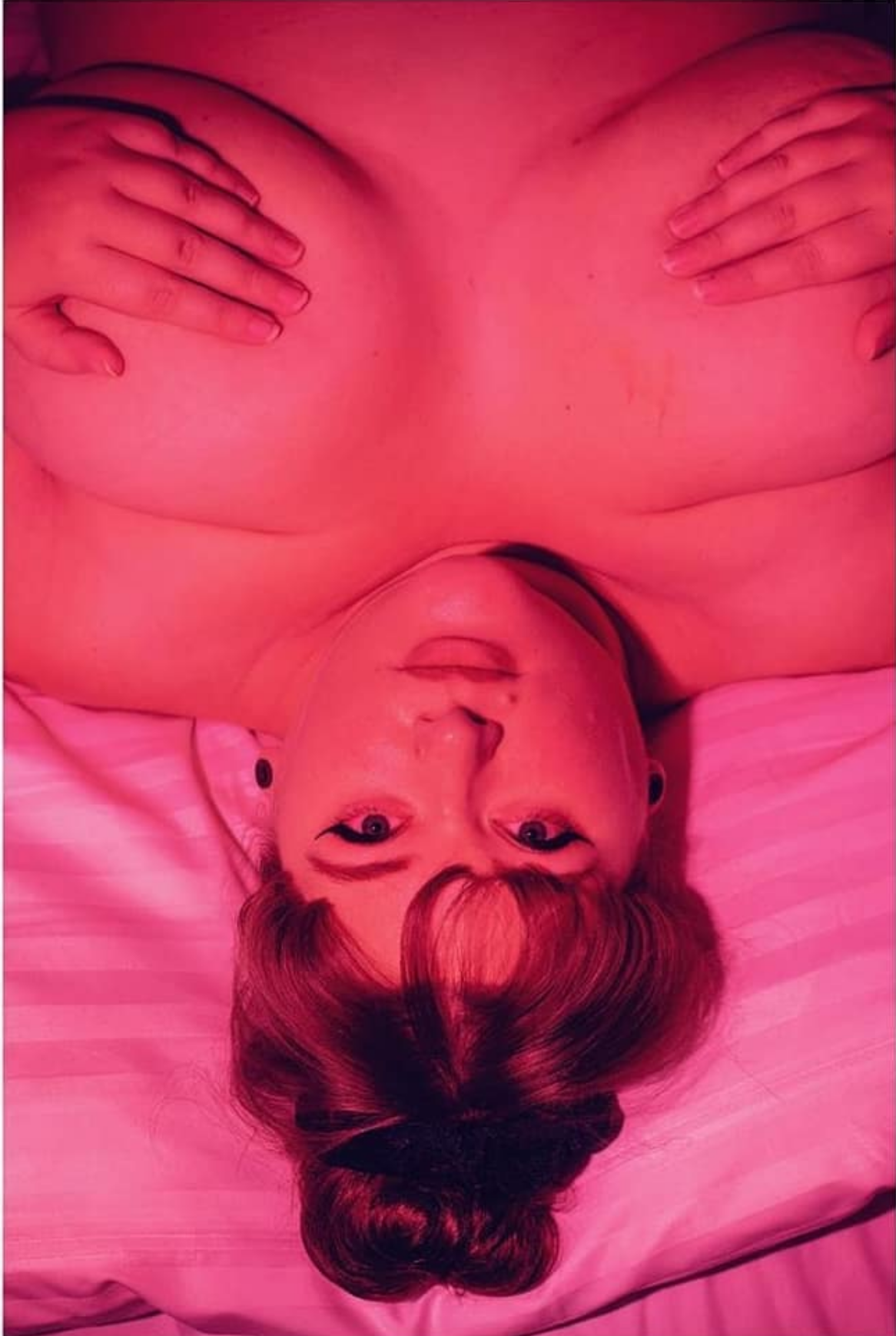 The first time Helene became acquainted with the body-positive environment was back in 2015. The motivation for doing something new was that she was sad about herself and not feeling well: “I had a terrible time going with a knowledge that I lived in a world where there was no room for me as I was, and I felt that of course - as I have learned - it was my fault. It is not meant to be a place for me in society, it is me who is not small enough for society. It gives a feeling of isolation and of not belonging. So when I come across these blogs, to
start with, and subsequent instagram accounts of other fat, mostly women, who said something else, who said 'what if you like all these things? What if you want to take up space? What if you like to eat an ice cream or go in a bikini or whatever it is for some thing you have gone and refrained from ', then these were question marks that were actually planted enough for them to grow further, while I kept getting inspired by these people I had started following. And so it is with many things, that the more one is exposed to something, the more normalized it becomes, so the more I saw people like me who lived good lives and did what they wanted, the more acceptable it became. it in my head that I could also go for the things I wanted ”.

Helene's development has been a gradual process, for the questions posed by the fat women turned Helene's reality upside down, because for her it had always been the ultimate truth that it was her own fault that she was fat and that it was her own. guilt that she was treated as inferior in society by her fellow human beings - and by herself! So getting asked "what if it's not true and that you're actually okay exactly as you are?" was a violent experience that took time to digest, but which also ignited a spark inside her. A spark that turned into a fire and a burning desire to let other minorities know that they too are okay as they are and that they are entitled to be and exist, on an equal footing with all other people.

From the time she started following bloggers and instagrammers until she herself found the courage to start sharing out of herself, a few months went by. The first image she shared of herself was of her thighs. She remembers that she was nervous about sharing it, so she had made a cover, by the fact that her cat was also in the picture, so if someone should find themselves being negative, for example commenting that she had ugly thighs, she would be able to explain say that the picture was about the cat and not about her thighs. The thought of negative comments, however, was put to shame, for it spilled in with positive and
supportive comments from the community of which she had just become a part. She was suddenly allowed to experience that her legs were okay, and that gave her more courage to share herself, and for every time she shared, she experienced being accepted, just as she felt recognized in the other body-positive bloggers and Instagram photos and stories. Gradually she began to accept and embrace her body in a positive way, and today she is an active part of the Danish body-positive and thick-inclusive environment.

About the movie "Fat Front".

One day in 2017, Helene was contacted by two female instructors who had received her information from others in the movement. They asked her if she wanted to take part in a film project, and she said yes. The two instructors then followed Helene and three other female Scandinavian body activists for two years.

The four women met for the first time in August 2019, when press photos were to be taken for the film's premiere, and the meeting with the three other girls, and the friendship and fellowship they have gained, is one of the most important things Helene has gained from to be in the movie. On an activist level, her participation in the film has meant that she has been given a platform where more ears listen to what she has to say, and she has been given the opportunity for her agenda to come to light and create representation and visibility:
"That fat people can be allowed to appear on television and say: 'here I am', it means a lot… and hopefully [it] contributes to us talking more about fatness, and I can sense that
the film has at least helped to start some debate about ”.

About plus size clothes and feeling comfortable.

Helene has never had the great interest in fashion and style, but like all other young women, she also wants to look good and make a good impression. She is tired of the fact that most of the plus-size shops and brands that she believes still carry and design clothes based on the assumption that fat people want to be camouflaged in "large-flowered tents", and she finds it difficult to express herself as a young , hip woman when the plain clothes that are available try to save and camouflage the whole figure instead of highlighting it.
Helene is also happy to express herself with colors and would like to be seen and walk in clothes that she feels express her personality. But she rarely spends time shopping, due to past experiences and disappointments both in stores and online. Therefore, we were very happy when Helene after the interview wanted to try on a pair of our dresses that are precisely intended to highlight the shapes. And even though not all the dresses were her style or suited her body type, there were two dresses that both Helene and we thought dressed her really well and
highlighted her and her figure! 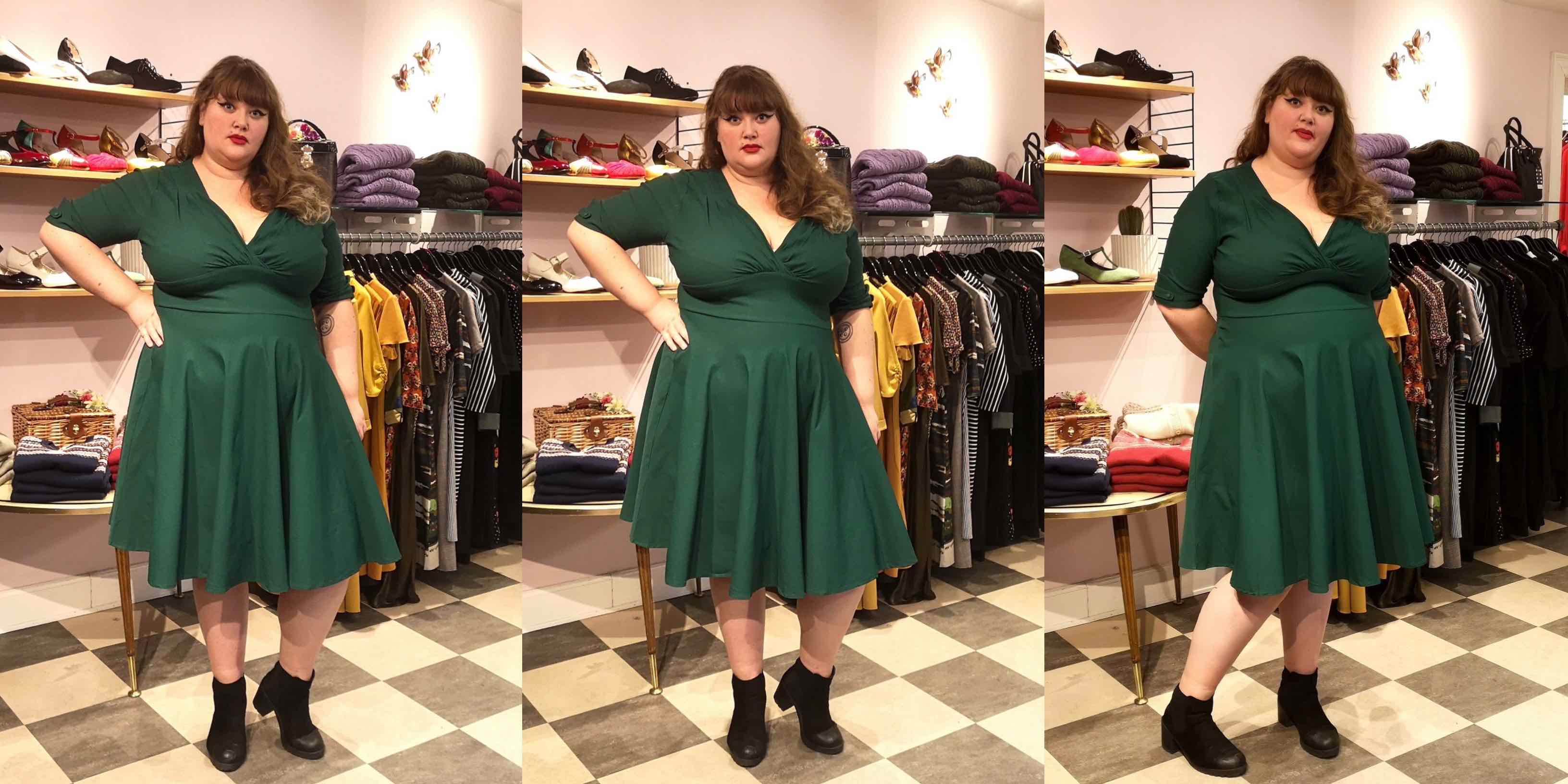 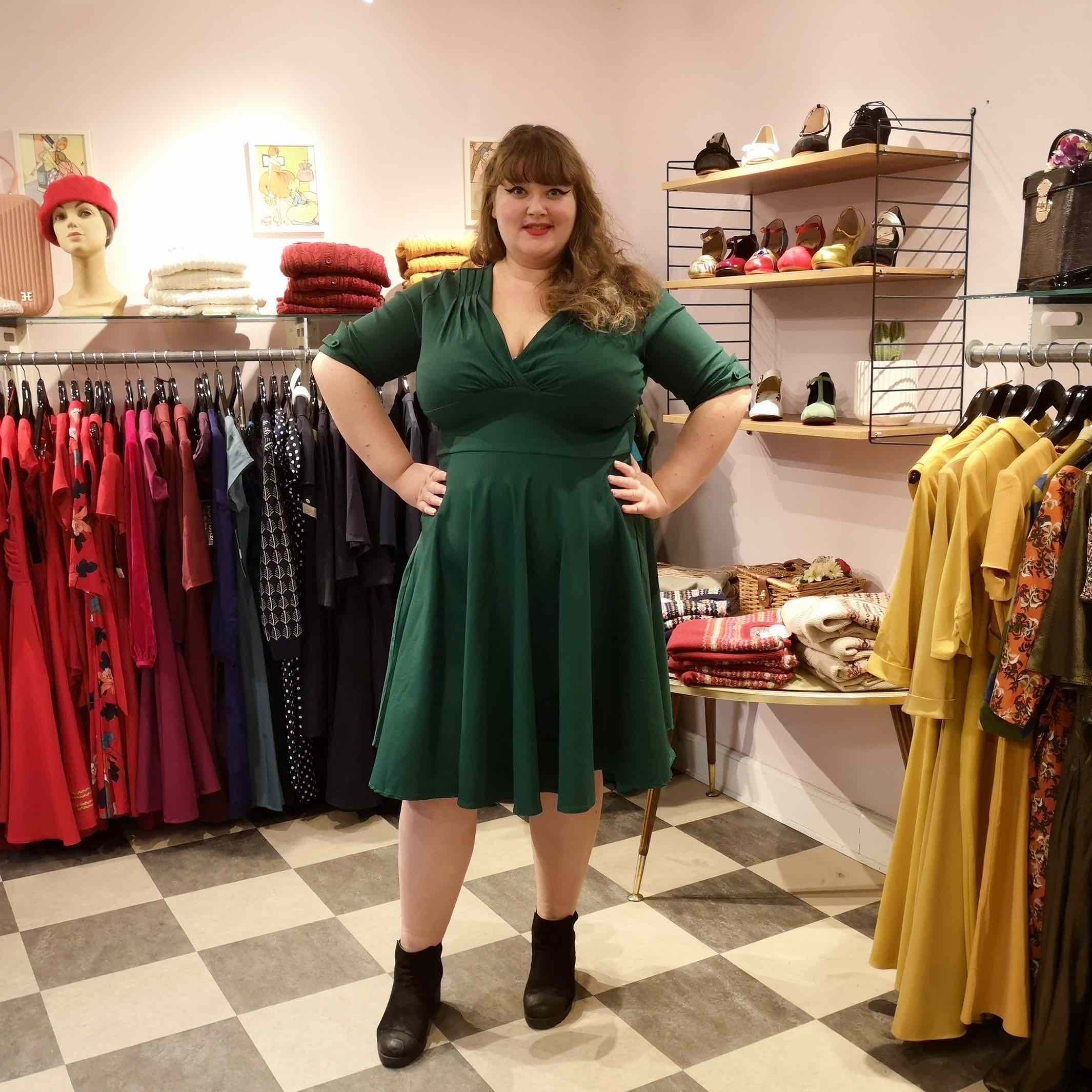 The first dress was the Delores dress from Unique Vintage. The bright green color compliments Helene's dark brown hair really nicely. The waist-cut cut defines her waist and highlights her bust incredibly beautifully, and the swing skirt gives her a playful and flirty look!

See all our Delores dresses here! 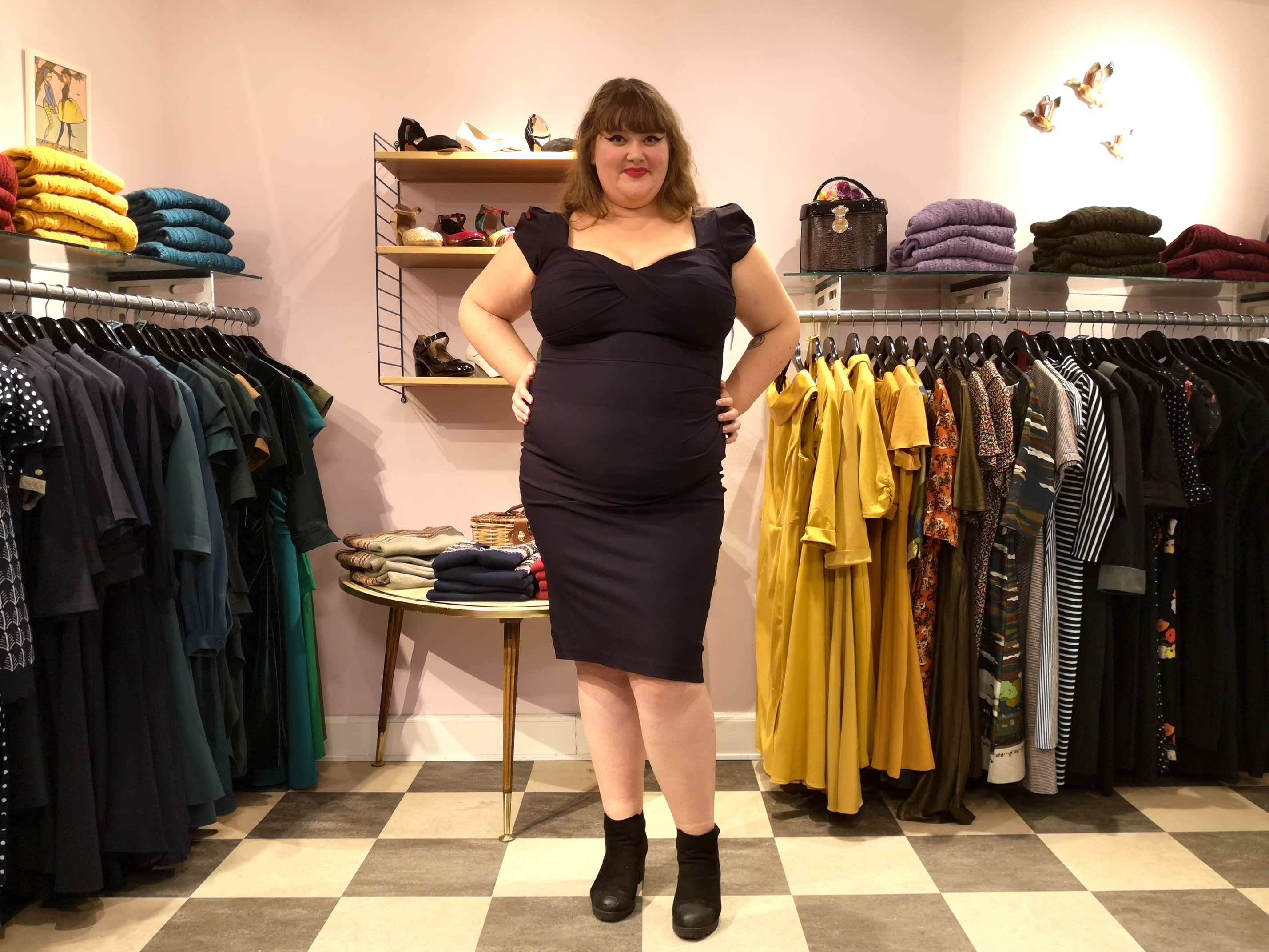 The other dress was our popular Billion Dollar pencil dress from Stop Staring, a sexy pencil dress that snuggles around the body, but has good stretch, so it is very nice to wear and comfortable to move in. We love the way the dress frames and highlights the whole figure on and how sexy Helene feels in the dress! 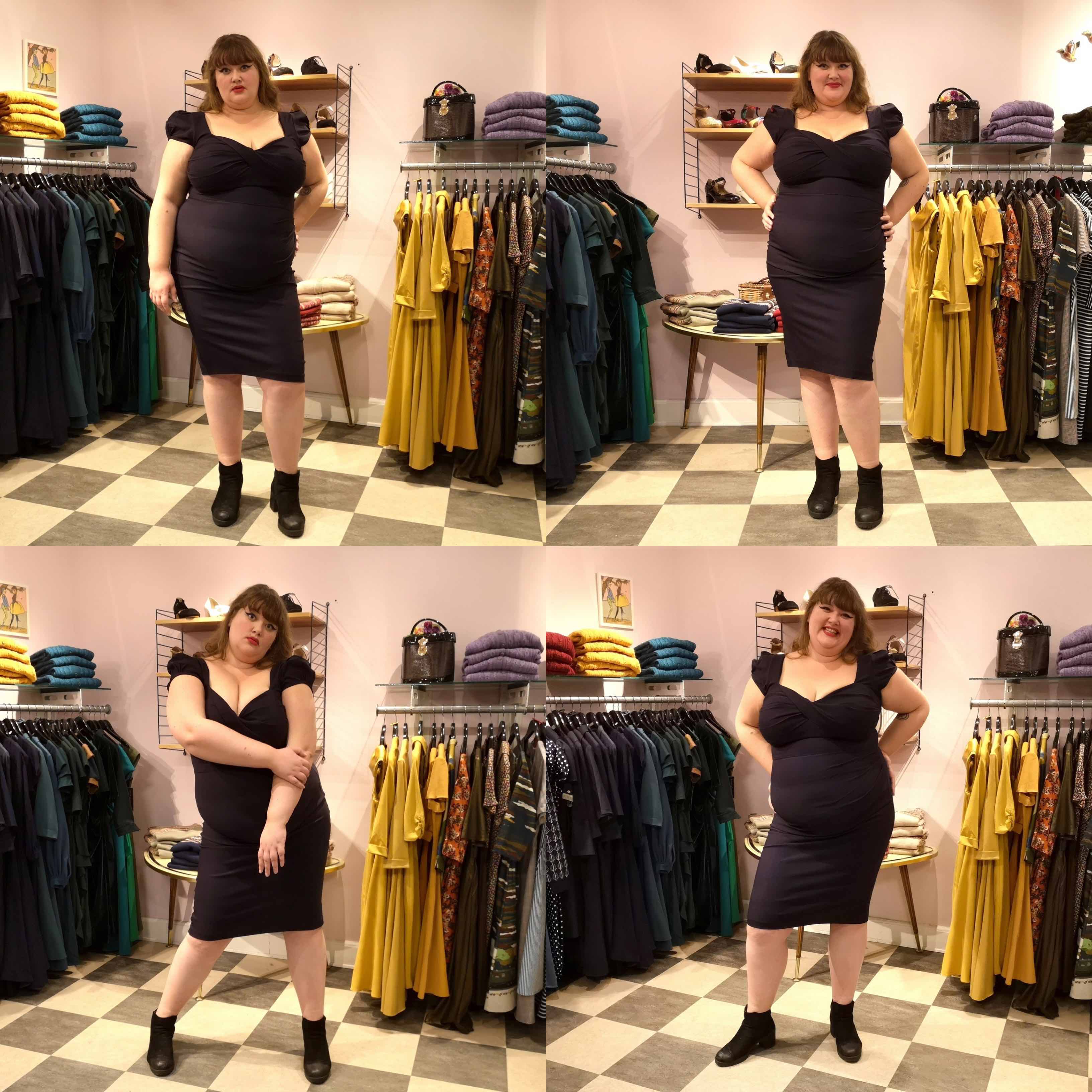 One step closer to a better body image.

Thank you so much for letting us interview you Helene, it was a pleasure!

If you have become more interested in Helene and her activism and the whole body-positive environment, then
do we think you should start following Helene on her instagram here:
https://www.instagram.com/_chubbydane/ 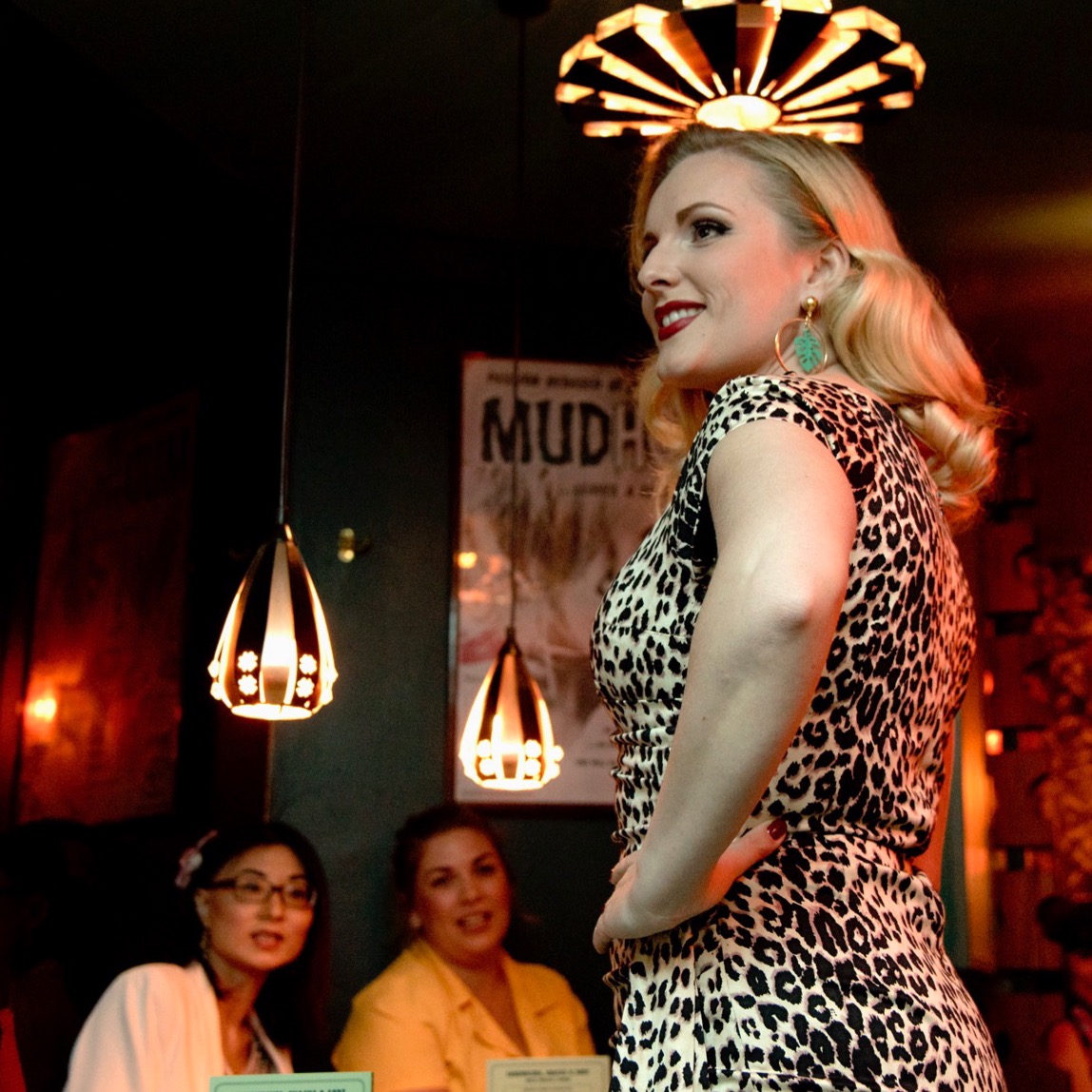 We invited to a retro fashion show at the Mudhoney, where we presented a selection of our summer collection of five beautiful models .... 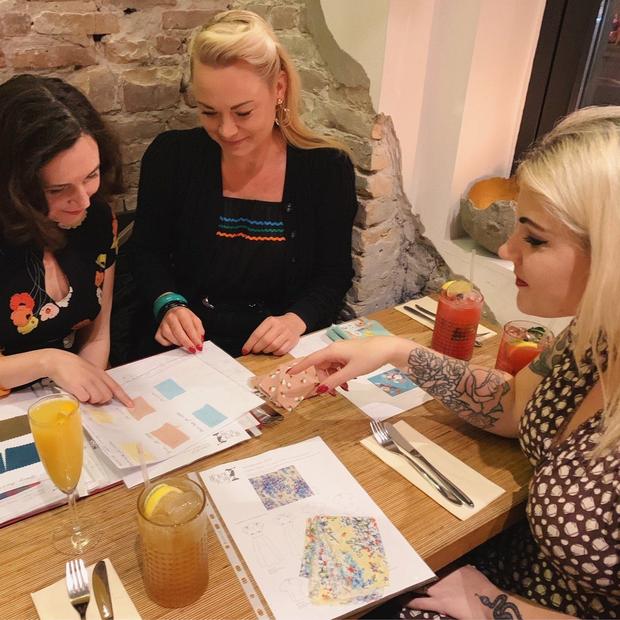 The House of Foxy is a British brand that designs and produces high quality vintage style clothing ... 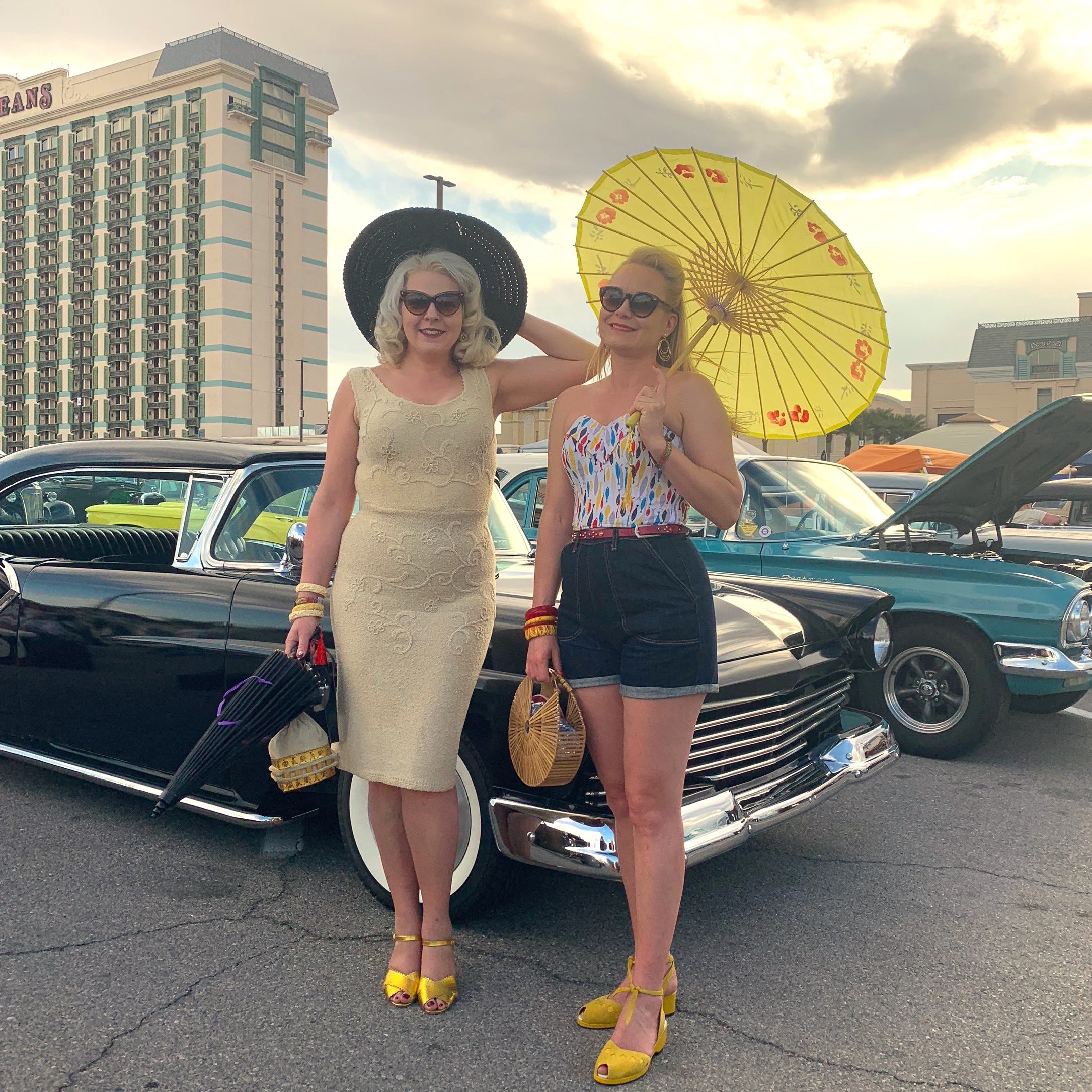 On April 18-21, the Rockabilly Festival "Viva Las Vegas" took place for the twenty-second time. Kirstine & Ditte were once again taken to Vegas ...