This blog post is the third of three theme blogs on fashion history from the 40s, 50s and 60s. Mature i 60s was influenced by the invention of the tights, which made it possible to make the dresses shorter because now there was no need to use a hip holder and socks anymore.
The decade is marked by designers such as Englishman Mary Quant and icons as diverse as Jackie Kennedy, Brigitte Bardot and Twiggy.

In this section we will i.a. tell about: 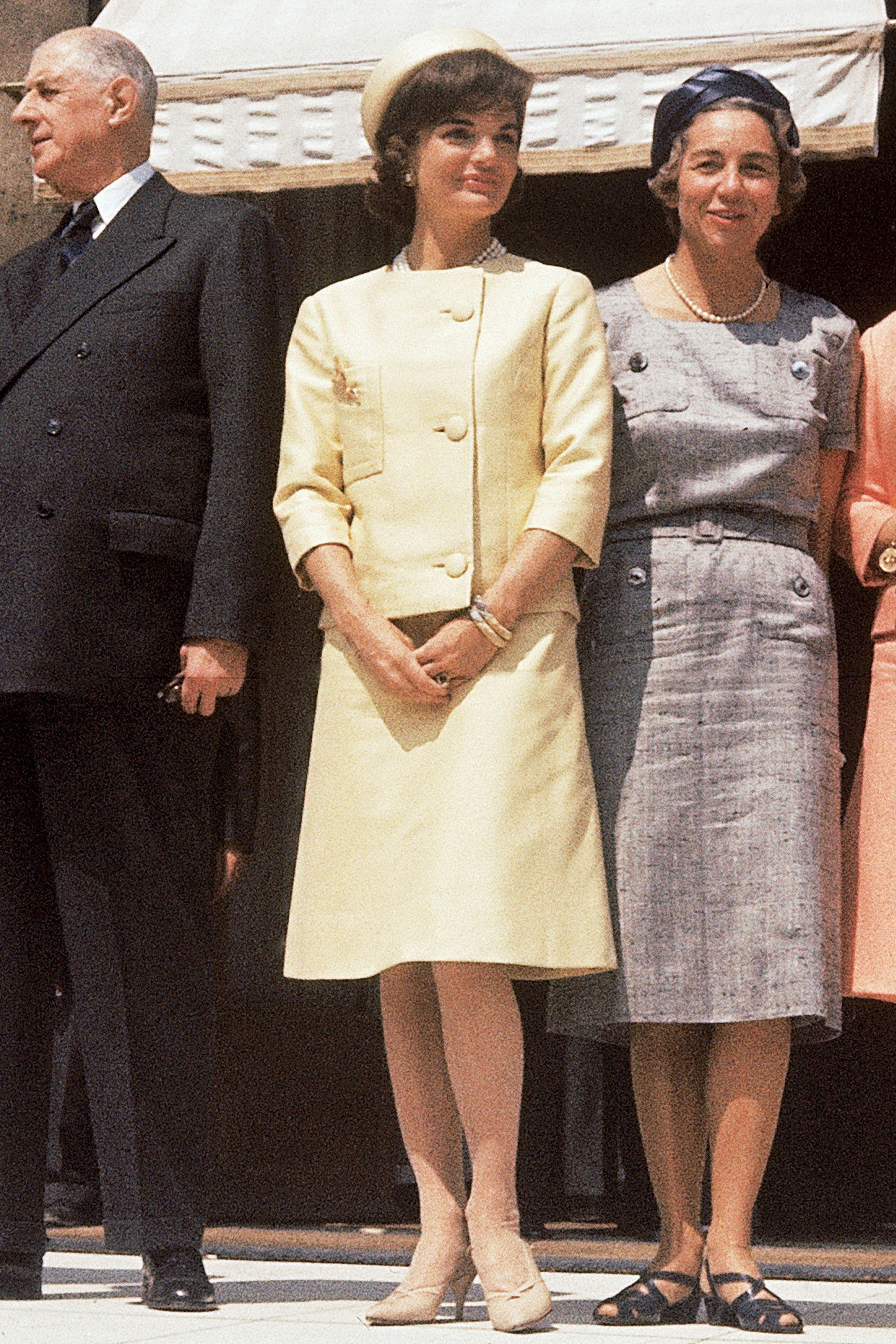 Ripe in the early 60s

At the beginning of 60s was still mature much as one saw it in the 50s. They used the tailored pencil dresses and also the wide skirts, which became shorter and shorter before switching to dresses with a looser fit. Jackie Kennedy is the all-time great icon around 1960. She married John F. Kennedy in 1953 in a shower of a lavish 50s dress, but we know her best from her almost timeless walking suits with slim skirts to the knee and a jacket with large buttons and collar , short sleeves so you could wear long gloves underneath. And of course her iconic pill box hat. She was the closest one had to an American royal and her style was copied by women all over the world.

With the assassination of JFK in 1963, however, she smoked out on a siding, and in fashion they now looked to Europe: French Brigitte Bardot, who with her sexy Lolita look and and big blonde hair, only loosely set up, now went straight in and was probably the biggest contrast to Jackie Kennedy imaginable.

In the new decade, more and more distance was added to the previous ones, both by making dresses and skirts shorter, but also with a much more youthful look with i.a. Peter Pan collars, "Pussy-bows" and A-shape, which made the look more youthful. 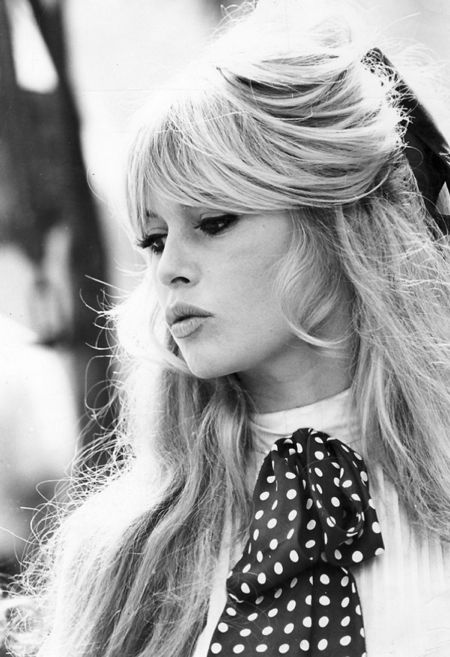 It was in stark contrast to 50s fashion, which for the young girls was very adult. Now the youth felt a need to get their youth and childhood back, and it was reflected in fashion.

One saw such a drastic shift in fashion, almost as in the 1920s. The dresses then also got in 1960s a recognizable 1920s silhouette. They were no longer figure-hugging and were now cut across the hip: 'Drop waist dress': One of the three dress silhouettes most used up through the 1960s.
Another type is 'the shift dress': it replaced the previously so popular pencil dress. It sat loosely on the body and was not similarly adapted to the figure, but had an A-shape and ended in the middle of the thigh or even higher up.

The third popular type of dress was 'the skimmer dress'. It is a short dress, wide in the skirt and close-fitting on the upper body, possibly. with a ribbon or belt at the waist, which highlights the waist without having a corseted look.
Common to them all was that they did not show cavalier gait. All were cut high up in the neck, and could have small collars or tie loops, clear colors with great contrasts and patterns.

One of the great designers of the period was English Mary Quant. She designed short, colorful dresses with large collars, which were worn with go-go boots or Mary Jane shoes and colorful knee socks or tights. Her iconic look became known as the 'Chelsea look', and she became the favorite designer for the Mod movement in London, who are just known for the look with the short dresses in bright colors and the white or colored patent leather boots.

The late 60s look, slim and without focus on the bosom, was shown off by the English model Twiggy. The iconic images of the very slender and almost boyish girl went around the world and revolutionized fashion. It became fashionable to have a very androgynous silhouette, and in return highlight his fallow deer eyes with a powerful black eye-liner and preferably eye shadows in several colors.
The silhouette is very reminiscent of the one we saw in the 1920s, where one laced up the breasts, and in general cultivated a figure that did not show female forms.

The new in 60s is of course the length of dresses and skirts. A girl's dress length became a sign of her belief in herself - the shorter, the more confident she appeared. And that was what it was all about. Not to attract men's attention at any cost, but to attract attention to his self - confidence, and then decide for himself what to do with that attention.

That the dresses became short could be done with the invention of the tights. The first hit the American market in 1959. This meant that now, as always before, you did not have to wear a girdle to tighten the waist, panties and then a hip holder with clips for the socks. The edge of the sock could of course not be shown in public, so therefore the dresses had so far been longer, namely to below the knee to precisely avoid such inaccuracies.
But with the tights, you did not have that problem anymore, and the dresses could now be as short as you wanted.

In the late 60's came another revolutionary new look, a new worldview and a new identity: Hippie!
From Woodstock and San Francisco came romantic shirt blouses, long wide skirts, suede, embroidery à la Eastern Europe, flat sandals and natural hair whizzing and changed the street scene completely. Long-haired men, and women without the right 'foundation garments' (ed. Underwear that shapes the body so that the clothes fit nicely) now marked the world, and shocked the older generation - the world was jumping into the 70s. -More about it another time!

I Mondo Kaos We also have the right elements for yours 60s mod look:
Go for the short skirts in A-cut from our supplier Grünten Mode. Sarah, who has branded, is herself passionate about the 60s and sews everything herself in her workshop in the Alps. She is worth following for inspiration: she also sews the most amazing dresses for different go-go dancers!
The skirts are combined really well with, for example, our Estelle shirts with pussybows in beautiful colors and Mary Jane shoes in black or white from Lola Ramona. In addition, we have a number of 60s dresses that we have exclusively in collaboration with designer Magdalene from Marmalade, designed for all of you Mondo Ladies.

See our entire 60s collection of dresses and clothes here

Hope you got a little wiser 60s mature. If you have not already read our blog posts about the 40s and 50s, you can find links below. 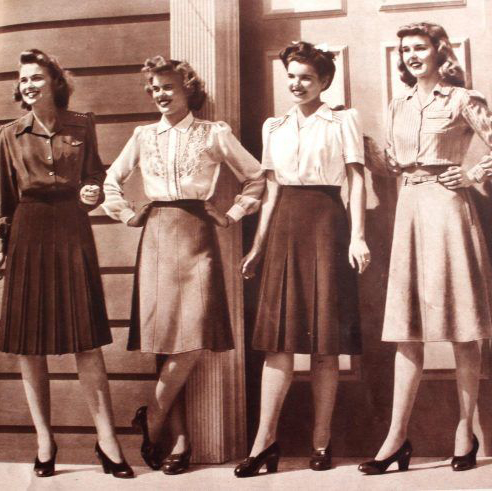 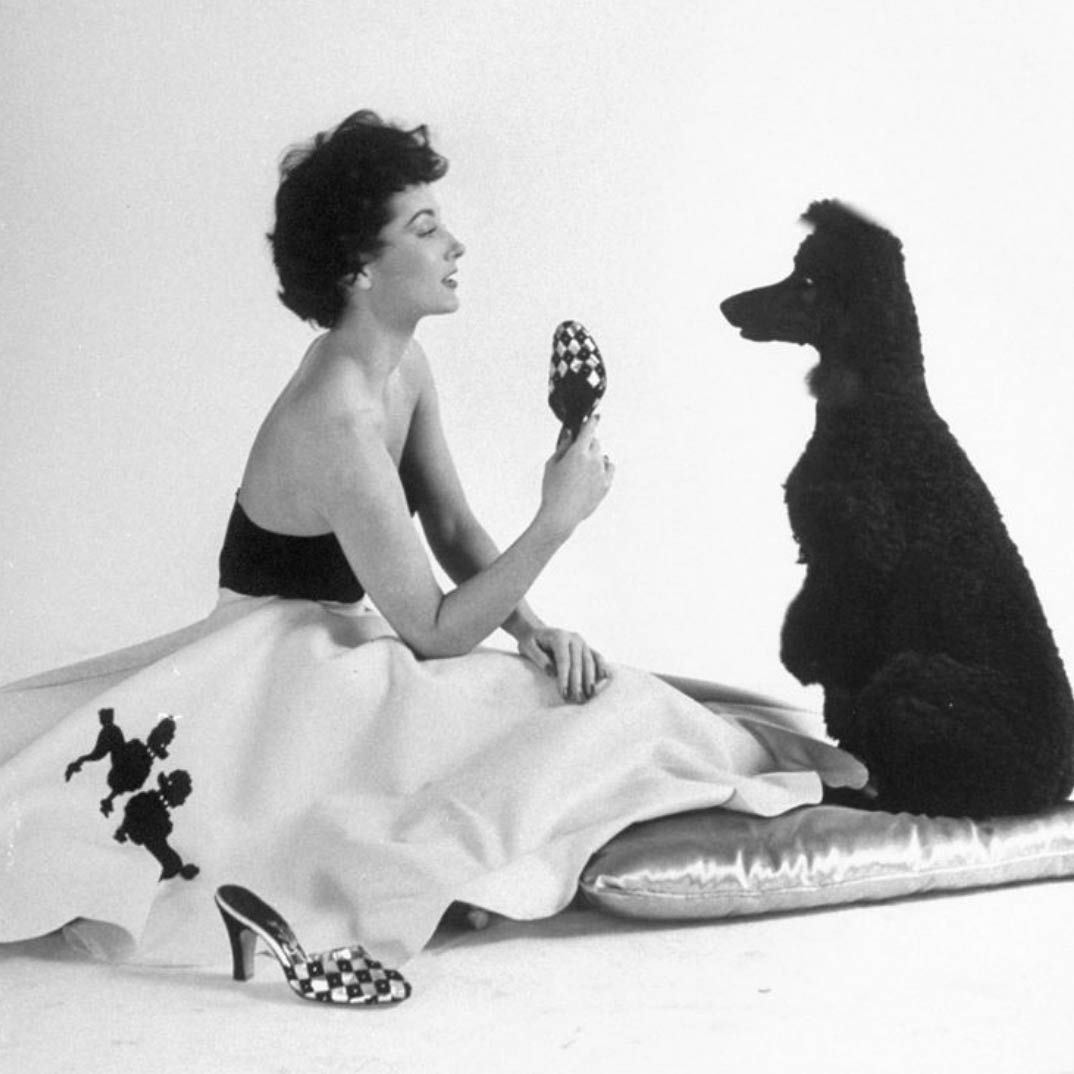 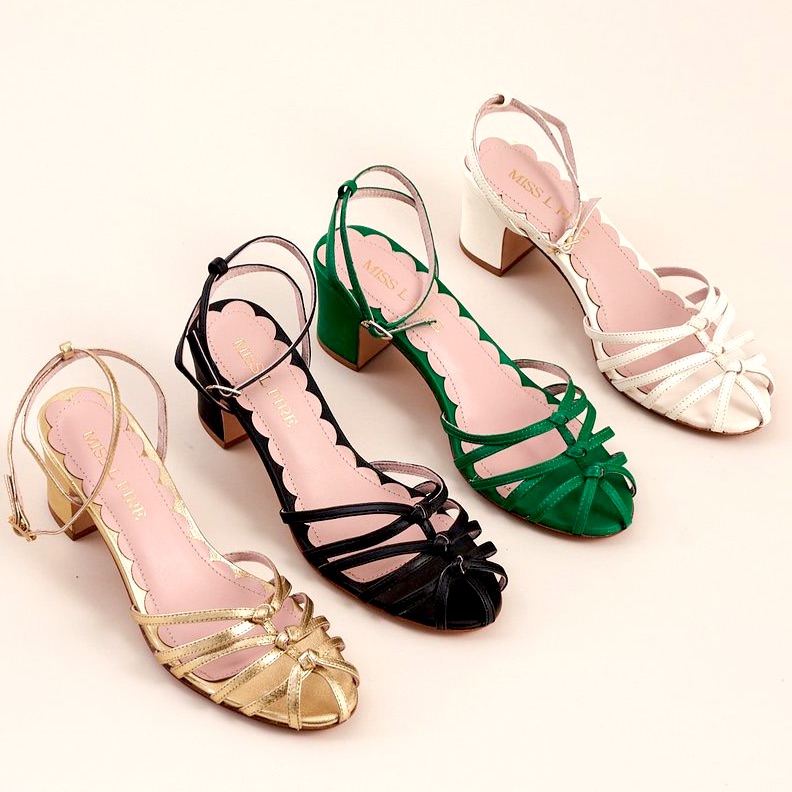